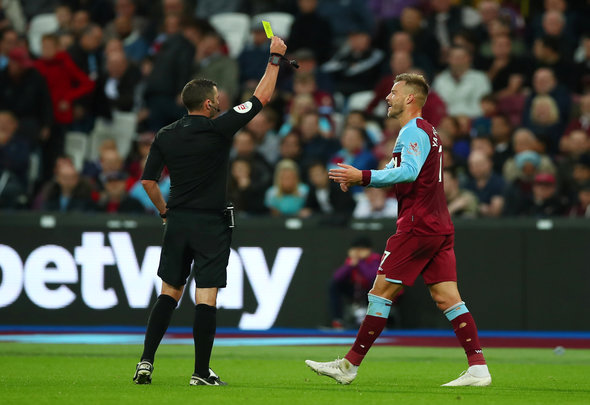 The Ukraine international has been scoring goals for fun in recent weeks, with strikes against Norwich City, Manchester United and Bournemouth.

However, Pellegrini ruthlessly snubbed the 29-year-old when asked directly about him after Saturday’s 2-1 defeat to Crystal Palace.

“Rather than talk about individual performances, I think we played not a very good game but enough to have better luck than this score,” he responded at his post match press conference, as per Football London, to the question ‘What did you make of Andriy Yarmolenko?’

You wonder how Yarmolenko feels about his manager so openly refusing to answer a direct question about him. However, you have to consider that the Chilean is likely frustrated about his players not being able to get over the hump against a direct rival at their home ground. He is obviously keen to focus on the team display rather than individual performances, and that’s why he has snubbed this question on Yarmolenko. To be honest, though, the former Borussia Dortmund man didn’t have his best game of football on Saturday. The statistics show that, in fact, he was rather quiet against the Eagles. As per WhoScored.com, Yarmolenko failed to have a shot all game, and only produced one key pass and one dribble. He was caught offside twice, dispossessed once and had two unsuccessful touches of the ball. Meanwhile he made only 32 passes, with a rather disappointing 75% pass success rate. So this was a come back to earth performance from the Ukrainian.