Pellegrini must switch to two up front or risk upsetting Haller 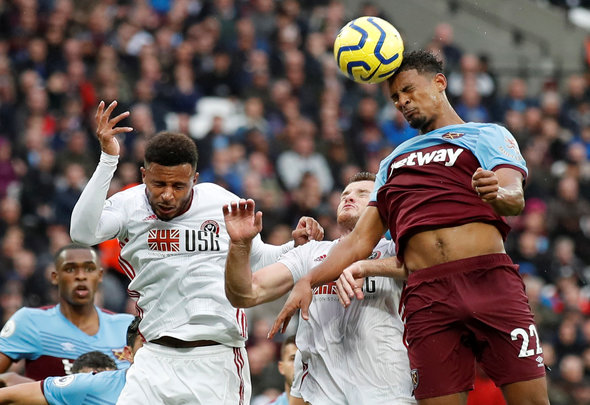 It’s clear that West Ham United have lost their way up front. From the heady days of last month’s victory over Manchester United, the Hammers are now without a win in their last five games in all competitions.

And while there’s no doubt that the players have been missing some gilt-edged chances, manager Manuel Pellegrini must take a look in the mirror and admit that he might be being too stubborn with his tactics.

The 6ft 3in Frenchman [Source: Transfermarkt] has played in nine of the Irons’ 10 Premier League games thus far, but in every single one of them he has been operating up front on his own.

During Saturday’s 1-1 draw with Sheffield United on Saturday, Haller was hugely isolated. The former Eintracht Frankfurt man looks a shadow of the player he was earlier on this season, with the creative players behind him failing to hold up their end of the offensive bargain at the London Stadium.

The Hammers have missed the ninth most big chances this campaign, while they have the same ranking for hitting the woodwork [Source: Premier League].

Haller is currently averaging just 30.4 passes per game this season [Source: WhoScored.com], which is perhaps indicative of his failure to really get into games. Furthermore, the east London outfit are spending less time in the opposition third of the pitch than the middle of the park or their own third of the pitch. Plus, only 13% of their shots have come from inside the six yard box.

That shows that Haller isn’t getting the type of service he needs to thrive in front of goal. If Pellegrini doesn’t change things – and quickly – by going to two up front, he could end up alienating his star man for good.