West Ham United posted a tweet on its official Twitter account on Thursday, harking back to former Hammers goalkeeper Adrian scoring the winning penalty in a shoot-out against Everton. The east London outfit, of course, travel to Goodison Park to take on the Toffees on Saturday, making the timing of this particular tweet entirely deliberate. However, it’s the Liverpool supporters who have really gone wild for this post. In truth, they can’t seem to get enough of it. For many of them this is the moment the Spaniard became a legend of the club, years before he’d actually join. The 32-year-old is now a Reds star, of course, performing excellently in relief of first choice shot-stopper Alisson. So you can see why their fans would love to see him ripping his goalie gloves off and converting a fine penalty past the hapless Joel Robles. As the kids say, you love to see it! 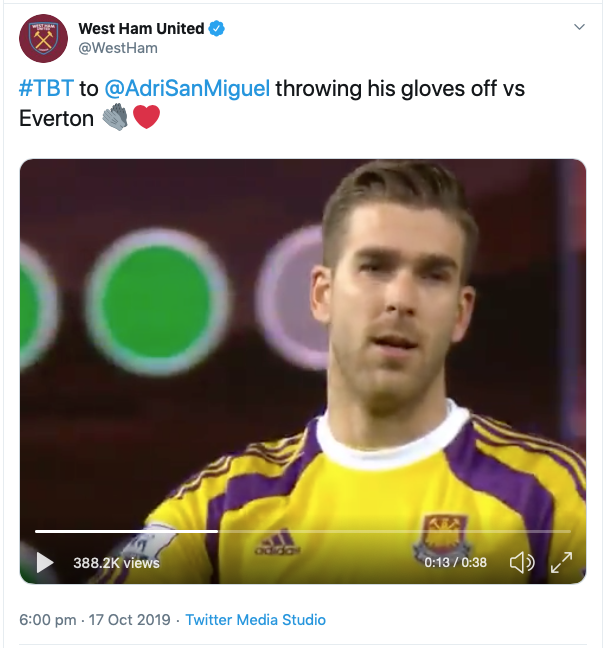 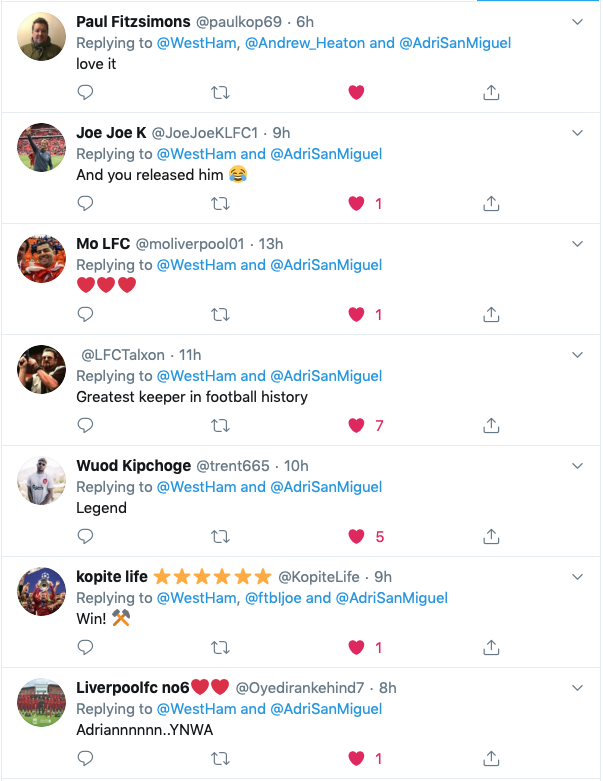 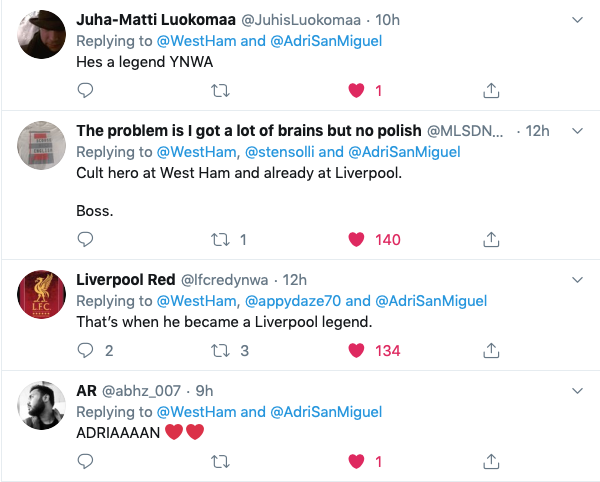