There’s no doubt that West Ham United midfielder Declan Rice underperformed in England’s 2-1 defeat to Czech Republic on Friday night. It wasn’t the finest display all-round from Gareth Southgate’s side, and Rice was one of those who wasn’t at his best in Prague. To be fair, he wasn’t helped by the manager’s tactics, particularly in the first half. Liverpool captain Jordan Henderson was deployed alongside the Hammers starlet in central midfield, and both men ended up doing the same job. They were going for the same balls and oftentimes crowding each other. It really didn’t work in the opening period and the Three Lions lacked serious balance as a result. However, Southgate pushed Henderson forward after the break and we saw a bit of an improvement in Rice’s game when he was allowed to do what he does at club level. Unfortunately it was too little too late for most England fans, who appear to have developed a real disdain for the prodigiously talented 20-year-old. 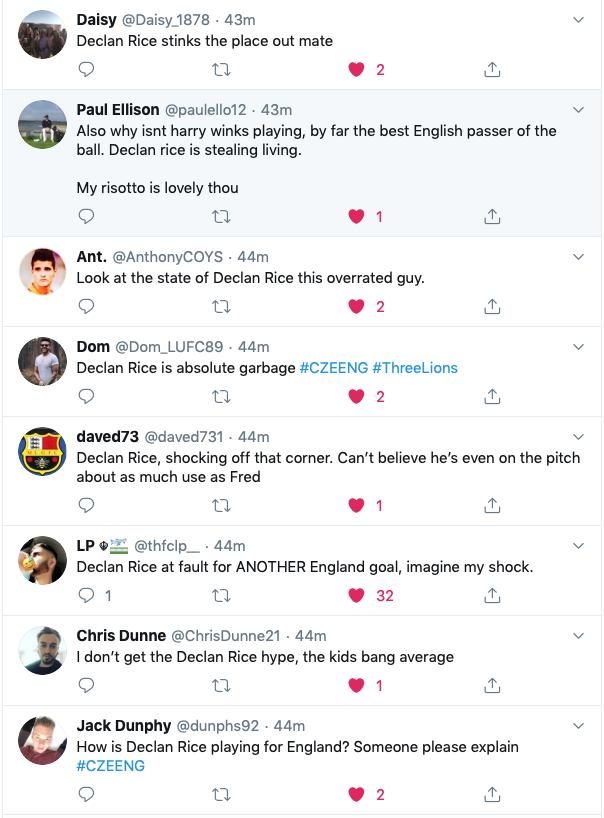 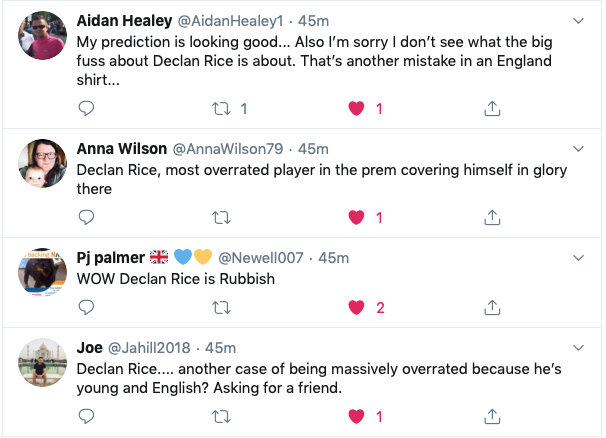