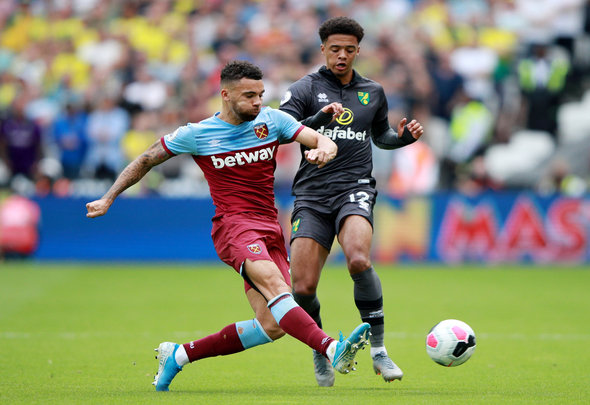 The Englishman was surprisingly left out of the Irons’ starting line up against Sheffield United on Saturday, as Pellegrini rung the changes from the defeat against Everton previously.

Inkersole feels the Chilean may still be unsure about Fredericks: “Fredericks looks to be over the injury issues that blighted his debut campaign but then Pellegrini dropped him entirely for the draw with Sheffield United completely out of the blue,” he wrote on the Football London website.

“So is he still unconvinced by the Englishman?”

It was strange to see the veteran Pablo Zabaleta preferred to Fredericks on Saturday, especially when the latter has been the number one right back throughout the season. Perhaps Pellegrini merely felt that he needed to switch things up after a string of bad results. However, Fredericks isn’t one of the players you would really have put the blame on for the Hammers’ recent poor run. The former Fulham man has actually been rather good this season. The statistics show that the 27-year-old has been a solid contributor for Pellegrini this term. As per WhoScored.com, Fredericks has managed one assist this season, while he is also averaging one key pass per match. Then there’s the defensive side of the game, where he’s averaging 2.8 tackles, an interception, 1.7 clearances and 0.7 blocks per outing. Those are very decent stats, indeed. Yet Pellegrini felt it necessary to give him the boot last weekend. However, his team selection against Newcastle United will tell us whether Fredericks was merely rested or dropped for good.