Inkersole: Haller is the real deal 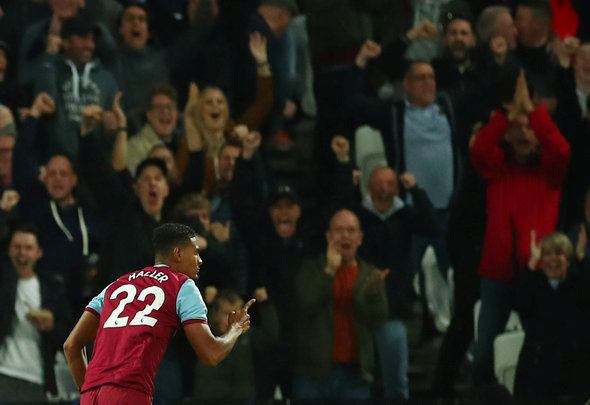 West Ham hitman has proved that he is the “real deal” so far this season, according to Football.London journalist Sam Inkersole.

The 6’3″ striker has already struck four times in the Premier League this term, and Inkersole has been suitably impressed with his contribution.

Writing in a piece for Football.London, he said: “The Frenchman has done what he was brought to the club to do – score goals.

“He’s netted four so far this season but his all around play has been superb, holding the ball up, winning his headers and bringing others into play.

“It’s been a really good start to his career in east London with the club-record signing burden hanging over him. He looks the real deal.”

It’s hard to argue with Inkersole on this one. Haller has been superb so far this term, scoring goals regularly and providing a real service to his teammates as well with his natural physicality. And his performances haven’t gone unnoticed by a wider audience either. Danny Murphy, for instance, has suggested that the Frenchman has been “Zlatan-esque” at times this season, as per Forever West Ham, while Danny Mills has also heaped praise on the hitman, as per Football Insider, describing Haller as “exceptional” and “absolutely vital”. In short, he has had a seismic impact on this Hammers side, and the hope will be that he can continue to prove to he is, in fact, the real deal. The Irons have a great chance of pushing for European football this season, but if they are succeed in that aim, then they will need their new talisman to be at the very top of his game.