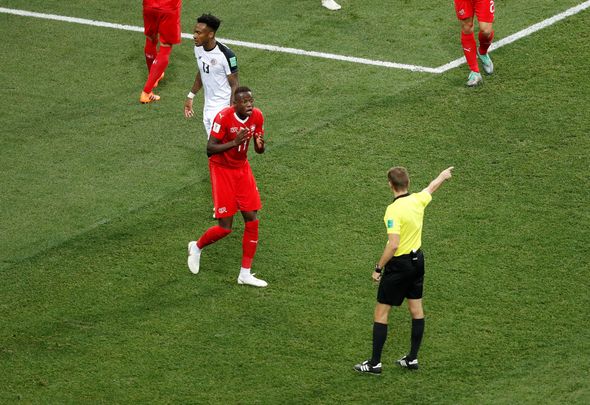 The former Hammers’ ace admitted that he informed Moyes about the Switzerland international on the Scotsman’s first day in charge of the club.

Hutchison shared his conversation with Moyes on his personal Twitter account on Friday, after it was reported by German outlet, Bild, that the 22-year-old is now being tracked by Tottenham, Manchester United, Bayern Munich, Borussia Dortmund, and Inter Milan.

Hutchison also shared that he told West Ham about Michael Cuisance, who has since signed for Bayern Munich this summer.

“I told David Moyes about this lad and Michael Cuisance on his first day at West Ham,” he wrote. 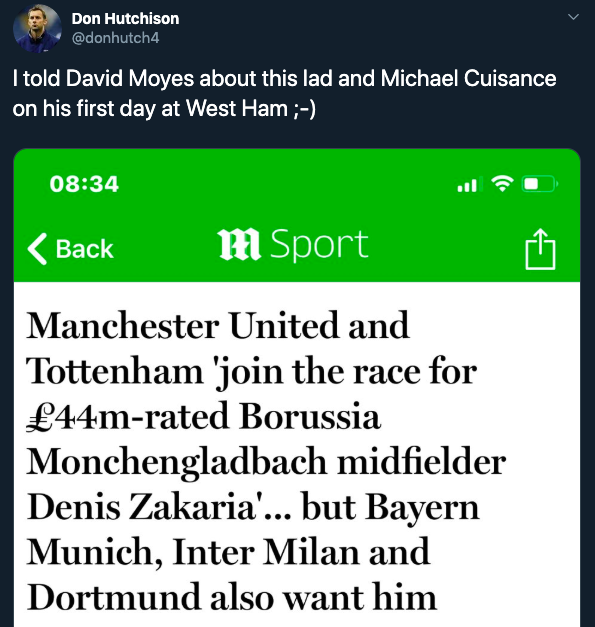 Given the list of clubs reportedly lining up to try and sign Zakaria, Moyes and West Ham could regret not taking up Hutchison on his advice in the past by bringing him in. The 22-year-old only arrived at Monchengladbach from Young Boys in 2017, for a small fee of £10.8million [Transfermarkt] and the Hammers could have missed out on a real bargain at that time. Zakaria is now reportedly worth £44million, and West Ham would surely find it difficult to secure his signature. The Swiss international has excelled in defensive midfield in the Bundesliga and could have been a great partner to Declan Rice in the future when Mark Noble eventually retires at the London Stadium. West Ham could be left kicking themselves should they have to sit back and watch Zakaria move elsewhere, especially given their lack of strength in depth in holding midfield, with Carlos Sanchez not good enough to make a big impact on his side.