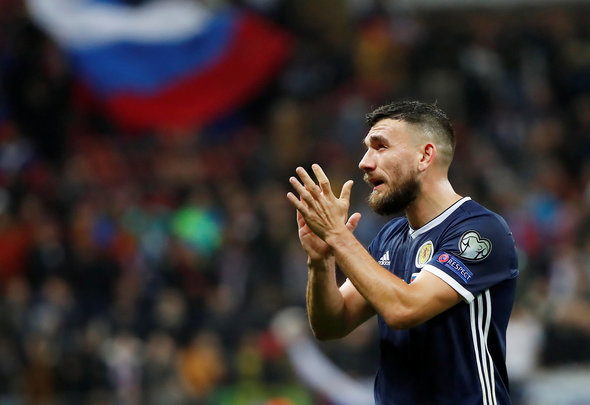 Darren Bent has hailed Robert Snodgrass for his international career with Scotland, claiming that he has been a “great servant” for the country.

The £40,000-a-week midfielder [Spotrac] announced his retirement from the international game via his personal Instagram earlier this week, and Sky Sports pundit Bent has suggested that fans will be disappointed by the news.

Speaking to Football Insider, he said: “He’s been a great servant for Scotland but now he’s got some real tough competition at West Ham so he needs to make sure he remains fresh. Good on him, he’s had a good Scottish career.

“He’s got all the good quality but he seems to drift off the radar sometimes, back and forth, back and forth, so maybe that’s gone against him. I really rate him, I think he’s had a really good career.

“He’s been a good servant for Scotland and I’m sure the fans will be sad to see him go.”

To be fair to Snodgrass, something’s got to give. So far this season he has been pretty poor for West Ham, and it’s difficult to see how he could fight his way back into the starting XI based on his current level of performance. Per game, he has averaged just 0.5 shots and 0.5 key passes, as per Whoscored, as well as a match rating of 6.38. Things have hardly been better for Scotland either, with the 32-year-old drawing a whole load of ire for his outing in the defeat to Russia last week, as per Forever West Ham. As such, retirement might not be the worst idea in the world. It gives him the opportunity to focus on his club career, and to hopefully get himself back on track in east London. Bent is right to praise him, of course, but at this present moment in time, Snodgrass needs to transform himself.