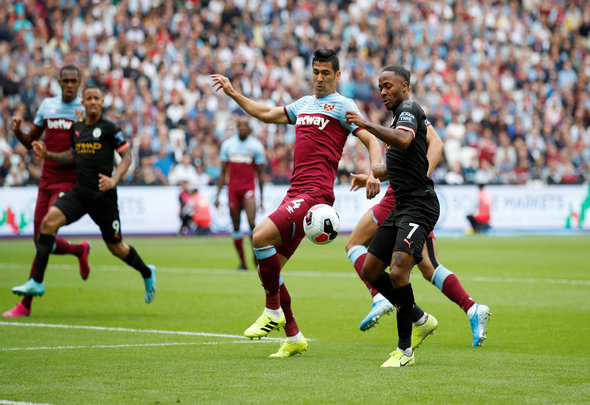 Injuries can be so cruel for a professional footballer.

Not only can they be devastating in the short term, but they can lead to unforeseen detrimental effects much further down the line too.

The West Ham defender had been a rock steady presence at heart of defence alongside Issa Diop prior to the complaint, but ever since then, he has struggled to reassert himself as a regular in Manuel Pellegrini’s plans.

And things look as if they aren’t going to get much better for the 28-year-old any time soon.

Angelo Ogbonna has been the Chilean’s go-to man next to Diop this term, and it looks as if it will take something seismic to displace him from his manager’s affections.

And yet, Balbuena has the potential to be a more dependable option than the Italian.

Comparing his stats from last season to Ogbonna’s from this, we can see that the South American made more clearances, more interceptions, and a registered a higher Whoscored rating than his teammate. 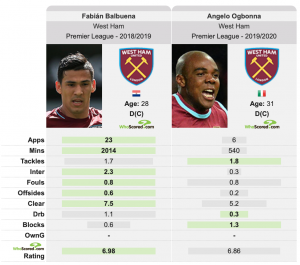 In that sense, it seems somewhat unfair that he has been ousted so unceremoniously from the Hammers’ plans, and that Pellegrini seems so dead set on him remaining a squad player and nothing more.

Perhaps he will get his chance at some point, but at the moment he faces an uphill battle to say the least.

Ultimately, you can’t help wondering what might have been had he not picked up such an untimely injury.