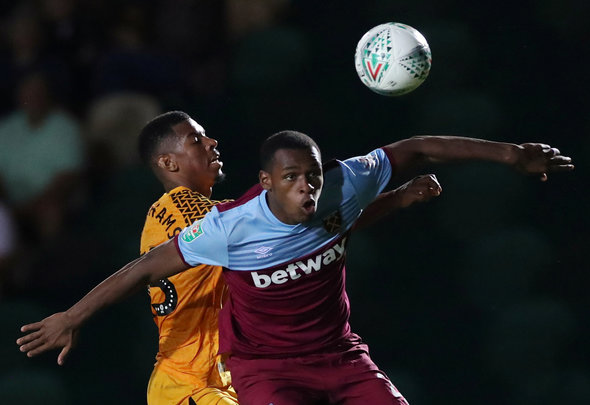 The outlet claims that the Gunners are keeping a close eye on the 22-year-old as they look to solidify the centre of their defence once and for all.

Unai Emery’s side are assessing the Frenchman on a regular basis. Diop was signed by the Hammers from Toulouse for £22million last summer, and he is now valued in excess of that amount.

If Arsenal have been watching Diop this season then they’re certainly not going to have been as impressed with him as they were last time out. The Frenchman has been solid alongside Angelo Ogbonna this campaign, but certainly not as dominant as he was this time last year. The statistics demonstrate as much. As per WhoScored.com, the youngster averaged 2.1 tackles, 1.9 interceptions, 4.7 clearances and 1.1 blocks last season. This term, though, all of those numbers have dropped down. Diop is now averaging 1.4 tackles, 1.7 interceptions, 3.9 clearances and 0.6 blocks. You could argue that that’s down to West Ham being a better team than they were during the last campaign, which is perhaps true. But he is fouling more than double as much as he was last term and isn’t catching attackers offside as often either. Still, you wouldn’t want him to leave the London Stadium. He’s only young, after all, and is battling inconsistency as all young players do. But Arsenal are the Hammers’ direct rivals at this point, so it’s crucial that the Irons don’t sell to them. 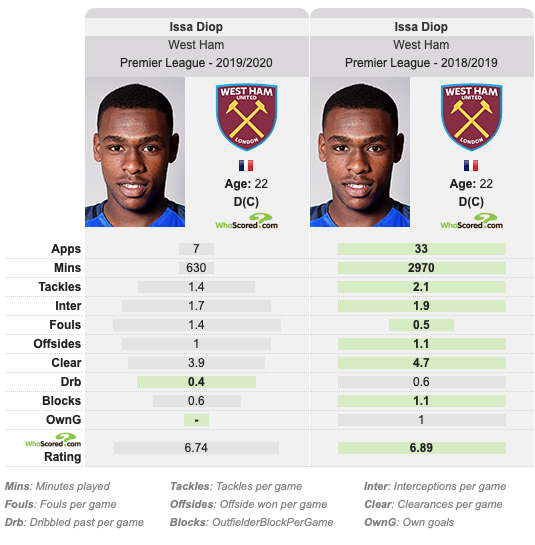