Some West Ham fans all sang from the same hymn book when responding to Michail Antonio’s tweet about the Hammers’ 0-0 draw with Aston Villa. The currently injured winger tweeted about the Hammers’ latest outing on Tuesday morning in order to congratulate his teammates on battling their way to a point and urged them to keep going. Antonio’s tweet saw some West Ham fans all say the same thing as they responded to say the team missed him and needed him, with one supporter even urging him to get back fit ready for Sunday’s clash with Manchester United. Claret & Hugh recently reported that West Ham’s doctors were happy with the progress Antonio was making after undergoing surgery on his hamstring and were hopeful he could recover much quicker than the suggested four-month absence. Ahead of getting injured the 29-year-old featured three times, with two appearances seeing him coming off the bench, and averaged a rating of 6.37 on WhoScored. Antonio showed that he was a useful attacking outlet in his outings as not only was he powerful in the air, on average he won 1.7 aerial duels per game, but he wasn’t afraid to try his luck in front of goal as he averaged 1.7 shots per game. 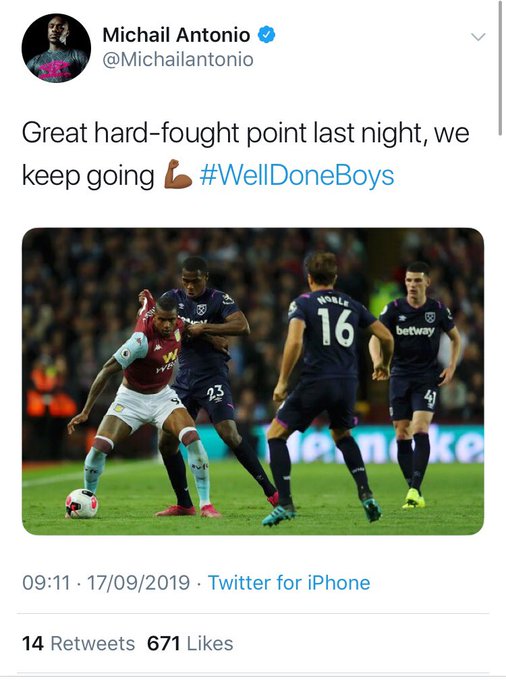 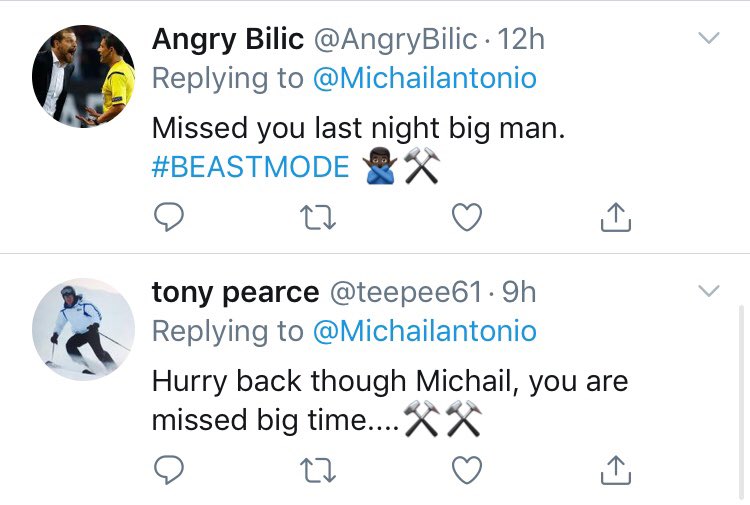 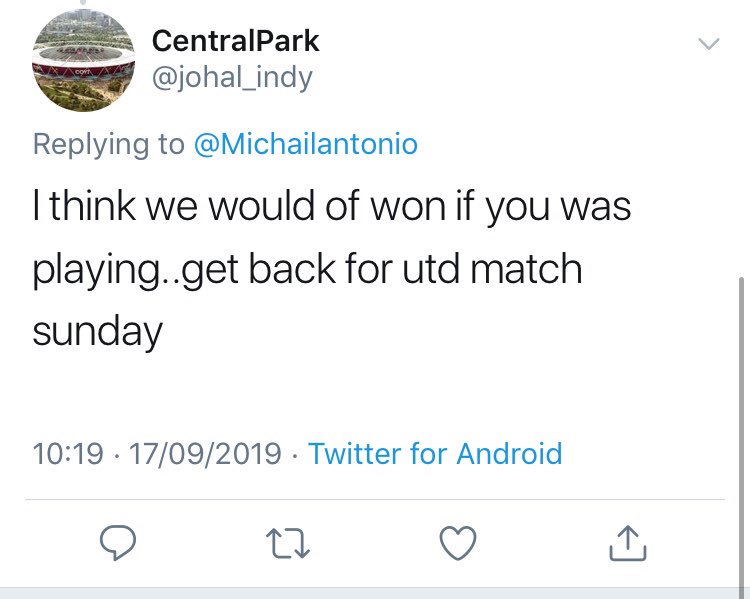 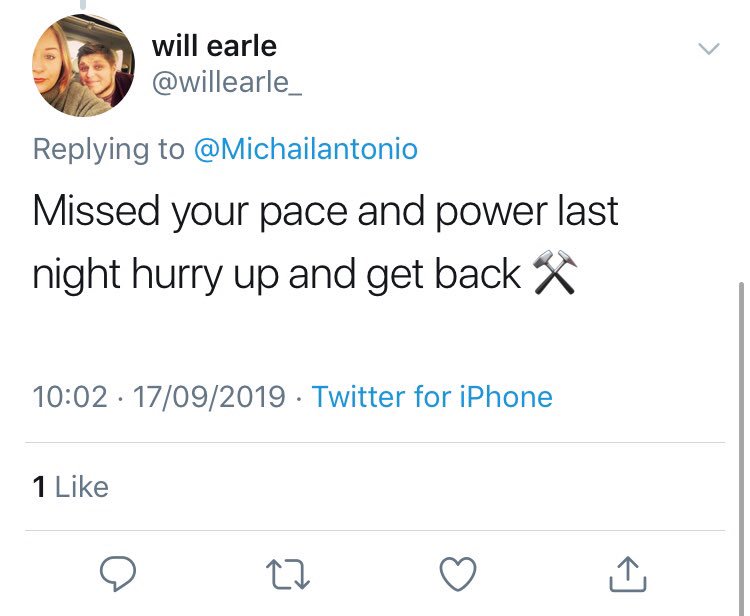 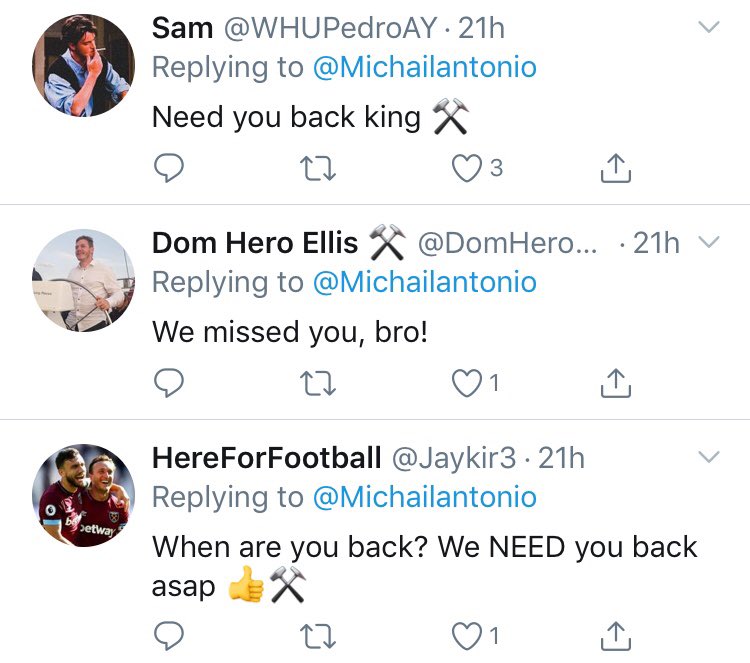 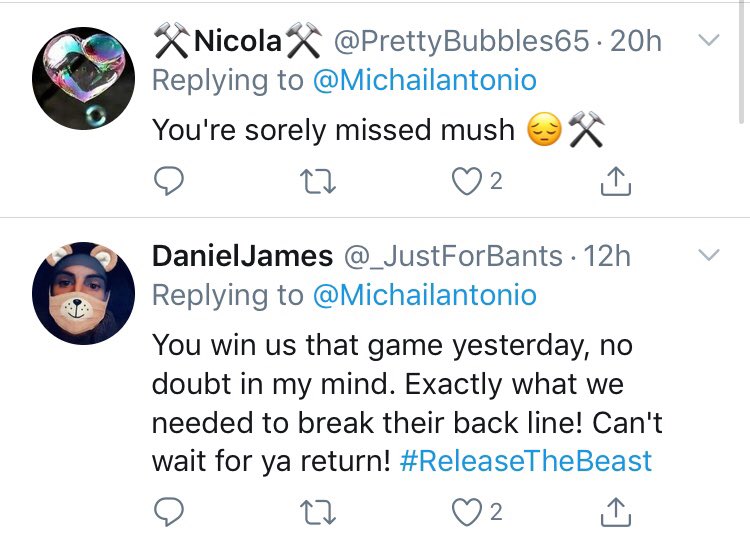