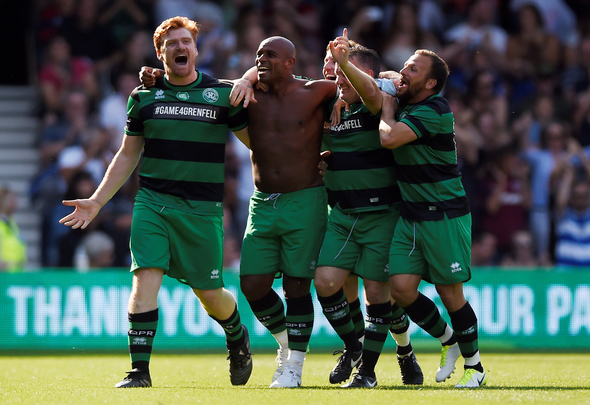 Trevor Sinclair shared a story about how John Moncur stumbled into a minefield while away with West Ham in Croatia.

The former Hammers player shared that he had a funny and ludicrous tale about his former teammate from when the Hammers were abroad during their bid to win the Intertoto Cup.

Sinclair shared how him, Igor Stimac, David Suker and Moncur had gone off to some wasteland in order to shoot some guns, and that Moncur when trying to play a prank ending up going into area that hadn’t been checked for mines.

“There’s actually a funny story with John Moncur, he is a bit of joker and I think he is a born-again Christian so doesn’t do wayward things like this anymore,” Sinclair told Natalie Sawyer and Jim White on talkSPORT (11:43am, Wednesday, September 25th).

“We went with a couple of Igor Stimac and David Suker’s mates to a little bit of a wasteland, and it was war-torn five-years before that, even our hotel had areas where you could see it had been bombed and shot at.

“So we’ve gone to this wasteland, brought out these guns and we’re shooting these guns and it’s an amazing feeling the power of these guns, so we’re all stood behind him, having a little go, then someone else would have a go then John Moncur while we’re firing is getting undressed behind us then the next minute from nowhere he has run into this shrub, low bushes bits and bobs, then there’s a commotion.

“The Croatian boys are like ‘No No No’ it hadn’t been swept for bombs, and he tip-toed back and you could see the colour in his face, he was in the middle of an area that hadn’t been cleared for mines.

“Talk about practical jokes going wrong, it was ludicrous, he got back and he was shaking, it was incredible, incredible.”

As football stories go, this is quite a wild one. You hear about players to playing practical jokes on each other, but it’s not often that these harmless pranks result in someone being in dangerous situations such as finding yourself in an untested minefield. However, apparently these situations do happen based on Sinclair’s story from his West Ham days.  Luckily for all the parties involved, the situation did work out as clearly Moncur got away from going in an unchecked zone, and now Sinclair and his other Hammers teammates can laugh about what is truly a unique moment. While it is good to hear that a previously loved Hammers squad got on so well that they experienced moments like this, you hope the current squad have the same rapport but without the same dangerous scenarios. After all, a good team spirit can sometimes be the backbone for success, and Manuel Pellegrini is no doubt aiming to see his efforts as manager rewarded this season by having a successful campaign one way or another.