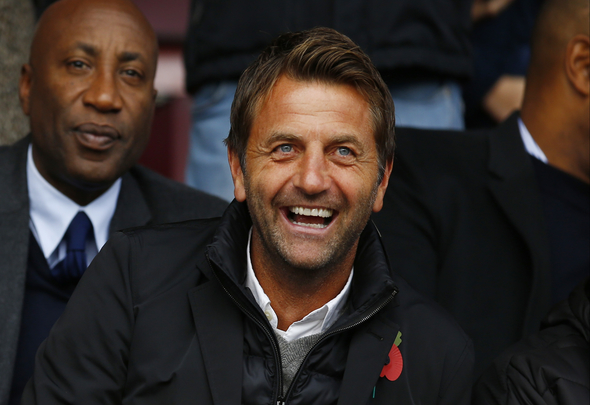 The former Premier League manager revealed that if you look at the Hammers’ attacking options on paper then if the club’s front players turned up then they were always set to have too much for Man United.

Sherwood pointed out that the Hammers had “it all their own way” against Manchester United and even added that Manuel Pellegrini’s side had the stronger bench to choose from during the match.

“Now you’re looking at West Ham, thinking that if their front players with a lot of firepower turn up then they’ll beat Manchester United, and they did,” said Sherwood on Sky Sports’ The Debate (22:34, Tuesday, September 24th).

“They had it all their own way.

“Yeah they did (when told some think the Hammers had a stronger bench) as well.”

After West Ham beat Manchester United, most pundits focused on how the result meant the wheels were coming off at Old Trafford and how Man United were so poor. They ignored the fact that the Hammers deserved credit for putting together a side capable of sweeping aside Man United without much effort. However, Sherwood made sure to give the Hammers the credit they deserved when discussing what was happening with Manchester United. The fact the pundit makes clear that the result wasn’t a shock due to the Hammers having attacking players such as Andriy Yarmolenko, Felipe Anderson and Sebastien Haller, shows that he is giving West Ham the respect they deserve. As for him claiming that West Ham had a stronger bench than Man United on Sunday, it’s easy to see where he is coming from. Man United had the likes of Angelo Gomes and Axel Tuanzebe, who aren’t exactly Premier League-proven, on their bench whereas the Hammers had Jack Wilshere and Pablo Zabaleta on their bench and they’re two players dripping in top-flight experience.