West Ham should move on Watkins interest after Sunday showing 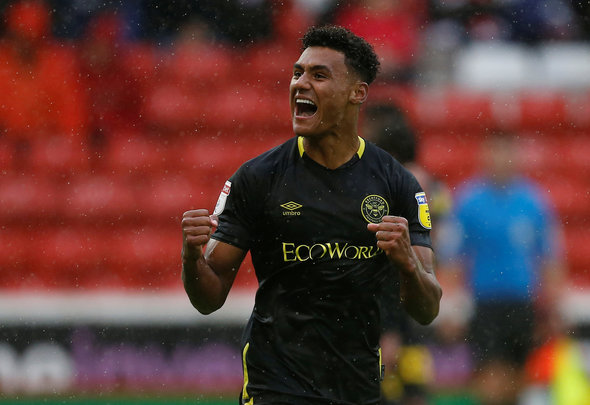 Already this season, particularly in Carabao Cup action, we have seen that West Ham United lack another forward behind first choice frontman Sebastien Haller to put the ball in the back of the net.

With that said, Hammers boss Manuel Pellegrini must consider reigniting the club’s previous reported interest in Brentford forward Ollie Watkins, who is coming off a stunning performance for his club.

Reliable West Ham insider ExWHUemployee claimed on ‘The West Ham Way’ podcast in January [1.18.25] that Watkins is one of three Bees stars the Irons were scouting extensively last season.

The 23-year-old has been in absolutely red-hot form in the Championship this campaign, punctuated by his Man of the Match performance in Brentford’s 3-1 victory over Barnsley on Sunday.

Watkins scored all three of the Bees’ goals, delighting the travelling supporters with a phenomenal hat-trick which took him to the top of the second tier scoring charts.

As per Sky Sports’ statistics Twitter account, Watkins scored all three of his goals with his head, the first person to do that in the Championship since Rudy Gestede in 2015. Furthermore, he has scored seven of Brentford’s eight league goals this term – 88% of their strikes!

Clearly this is a man who would ease the goalscoring burden on players like Haller and Andriy Yarmolenko, while giving the Hammers the option of playing a false nine up top if something were to happen to the Frenchman.

The statistics show that this is a young man with a whole load of talent. As per WhoScored.com, Watkins is averaging 2.7 shots and 1.6 key passes per game this season. 1.4 of his 2.7 shots are at least on target, and obviously a fair few are finding the back of the net.

West Ham would be mad to let somebody they’ve been monitoring and who is such a big talent to slip through the net and end up at one of their Premier League rivals. They need to make good on their interest in January. 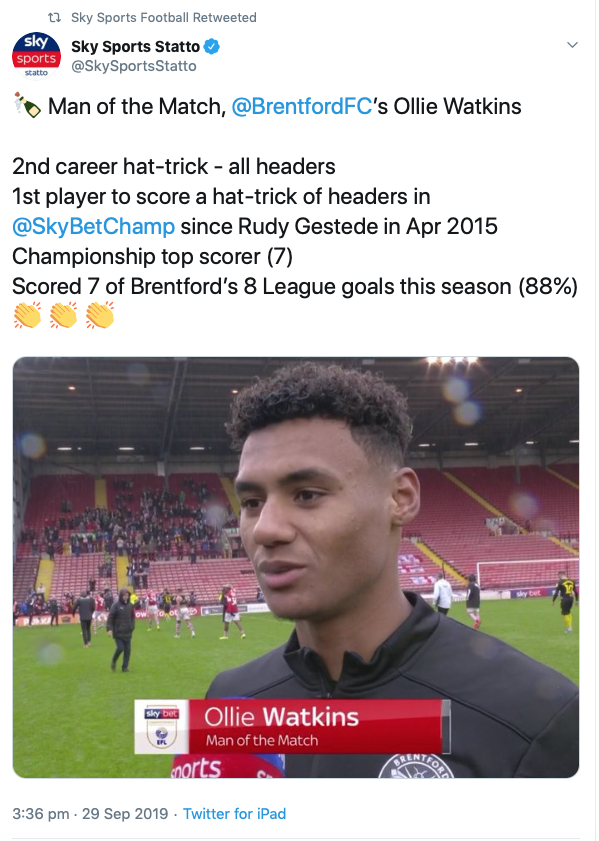