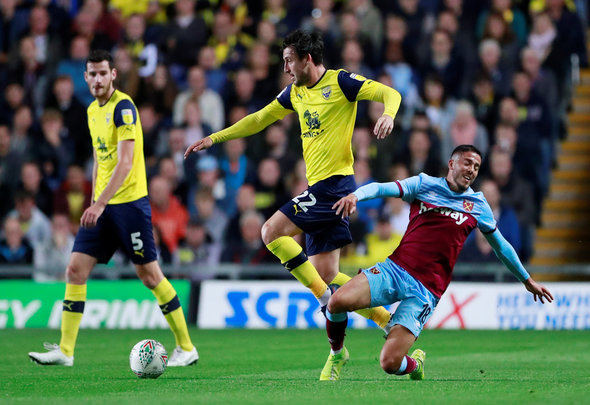 West Ham United manager Manuel Pellegrini is expected to show no mercy to the Hammers side who fell to a humiliating 4-0 defeat to League One Oxford United on Wednesday.

With that said, the Chilean will likely make nine changes for Saturday’s Premier League clash with Bournemouth, following one of the team’s worst results in recent memory.

It’s anticipated that only centre back Issa Diop and playmaker Pablo Fornals will survive from the drubbing at the Kassam Stadium, and that’s mostly due to a lack of alternative options.

Pellegrini will be looking for an immediate response from his team as they travel to the Vitality Stadium to face a Cherries side just one place below them in the table.

Goalkeeper Lukasz Fabianski will almost certainly return to the starting line up after his deputy Roberto conceded four goals against third tier opposition on Wednesday.

At right back, Ryan Fredericks was rested against Oxford after picking up a slight knock against Manchester United last weekend. However, reliable Hammers news source Claret & Hugh reported that he would be fit for the Bournemouth clash. If that proves to be the case, he will likely come back in for Pablo Zabaleta.

On the opposite side of the defence, Aaron Cresswell will surely return to the starting line up after Arthur Masuaku disappointed against Oxford. Meanwhile, Diop will most probably continue at centre back, but Angelo Ogbonna can expect to replace the hapless Fabian Balbuena.

Neither Carlos Sanchez nor Jack Wilshere impressed on Wednesday, meaning that nominal central midfield starters Declan Rice and Mark Noble will surely come back in here.

Further forward, only Fornals will likely make the cut from the Oxford game. Andriy Yarmolenko and Felipe Anderson can expect to replace Robert Snodgrass and Nathan Holland out wide.

Meanwhile, up front, Sebastien Haller will almost certainly come in for Albian Ajeti, who looked extremely poor at the Kassam Stadium. 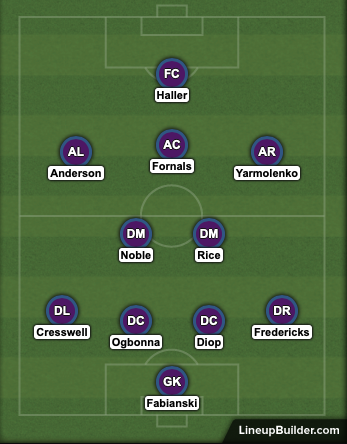