After such a positive couple of months in the West Ham camp, it was all instantly blown away by League One Oxford United, who played the Hammers off the park in their 4-0 thrashing on Wednesday evening.

West Ham went into the game on the back of four consecutive clean-sheets, and were unbeaten in six games, but that was all quickly forgotten about as they were simply outplayed by their lower league opposition.

Carlos Sanchez was brought into the midfield, and Manuel Pellegrini will surely have regretted his decision, with the Colombian international simply not good enough.

In the majority of Oxford’s goals, Sanchez was a step off the pace and behind his man as they helped themselves to four goals. The first came from a cross, and the midfielder not being tight enough to his opposite number who easily turned and found the bottom corner.

It was a dreadful night all round for the Hammers, but it would be a surprise to see Sanchez anywhere near the starting lineup in the next couple of months. Many West Ham fans tore the experienced midfielder apart on Twitter, with the majority questioning how he still has a contract at the London Stadium after his “embarrassing” performance. 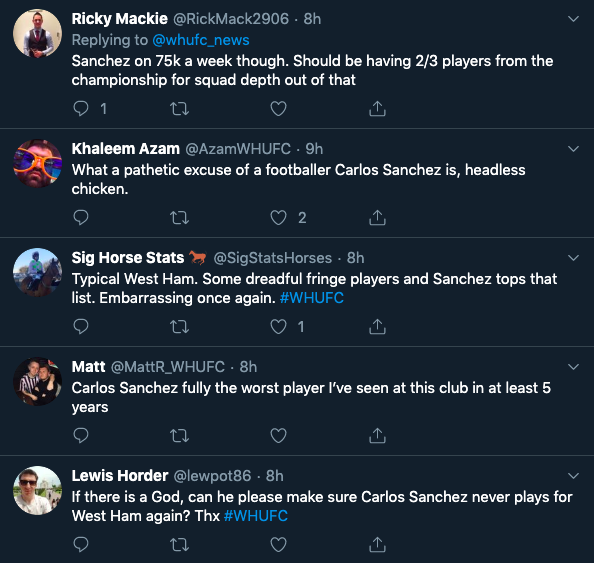 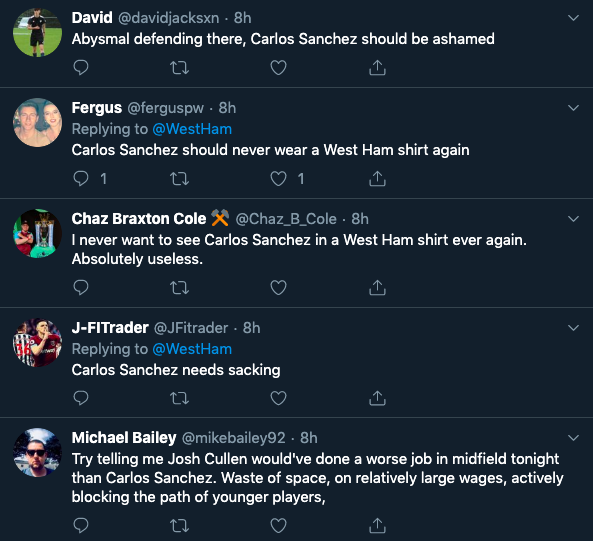