Once Manuel Lanzini was confirmed as an absentee for the Manchester United clash, many were worried that West Ham would miss his abilities in the final third. The Hammers managed to stroll through that clash and pick up all three points with a 2-0 victory. West Ham confirmed on their official Twitter account that the Argentinian would be fit for the Bournemouth clash on Saturday. That is great news, and Manuel Pellegrini shouldn’t think twice before putting him straight back into the action. The  26-year-old has been the main man for the Hammers this season, and the South American could make the difference against the Cherries. Lanzini has completed 3.4 dribbles per game, as well as three key passes according to WhoScored, highlighting how he is the main attacking outlet for the Hammers. Many West Ham fans took to Twitter to call for Pellegrini to throw Lanzini straight back into the action, with the majority over the moon with the news. 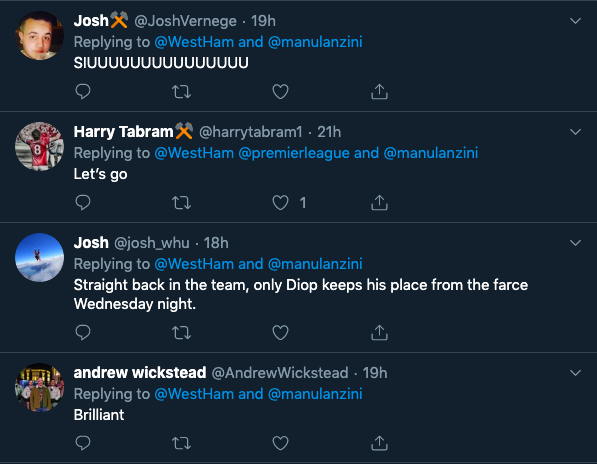 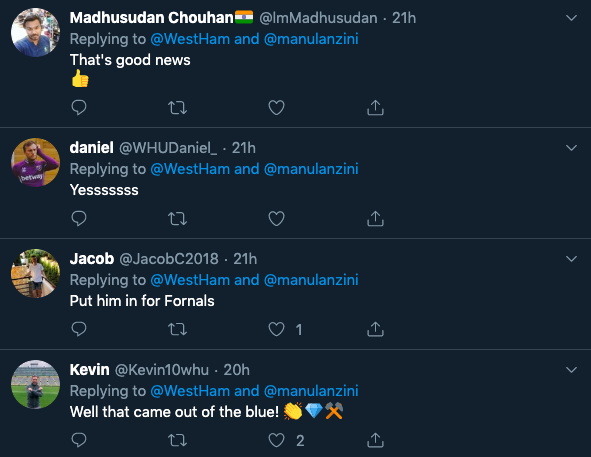