After the embarrassing defeat to Oxford in the Carabao Cup, Manuel Pellegrini decided to go back to his trusted Premier League side against Bournemouth. Lukasz Fabianski returned inbetween the sticks but was forced off the field in the first half with a hip injury. The Guardian journalist, Jacob Steinberg reported on his personal Twitter account on Monday that West Ham are fearful that Fabianski could be out for as long as three months after the game against the Cherries. That would be a massive blow for the Hammers considering his growing importance in the side. The 34-year-old has averaged 3.1 saves per 90 minutes so far this season according to WhoScored, which places him sixth in the Premier League of keepers to have played more than one game. Any team missing their main striker would miss them massively as they get them their goals, so to be missing the one player who has prevented strikers from doing that against them is just as big of a miss, and Fabianski has been near perfect so far this season. Many West Ham fans took to Twitter to react to the news, with many distraught that they could be without one of their main players for an extended period of time.

Forever West Ham picked out some of the reactions below: 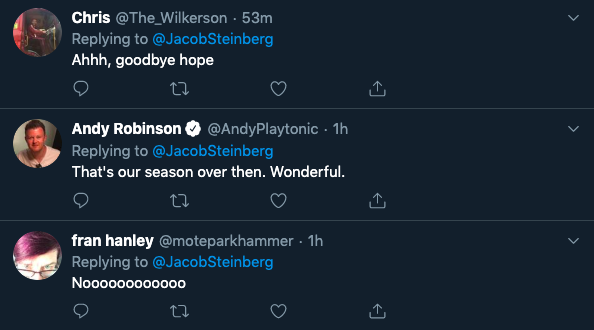