Reliable West Ham United insider ExWHUemployee reported on their personal Twitter account on Saturday night that the club had accepted a bid for veteran striker Javier Hernandez, going on to confirm in a later tweet that the accepted bid was from La Liga side Sevilla. Look, there have been rumours of Hernandez leaving the club for some time, but this just feels like absolutely baffling timing from the Hammers’ point of view. Yes, you’d be clearing huge wages off the bill for an ageing player, but selling the Mexican simply leaves Manuel Pellegrini’s side far too short up front. Unless the Irons have a decent free agent frontman lined up ready to bring in – of which there aren’t many out there – then this would seem like a mistake. Selling Hernandez would leave the club with just Sebastien Haller and Albian Ajeti up front, while Michail Antonio – who can operate in the position in a pinch – is currently out injured for a couple of months. That puts way too much pressure on a young, new recruit in Ajeti. Curious timing from West Ham, to say the least. 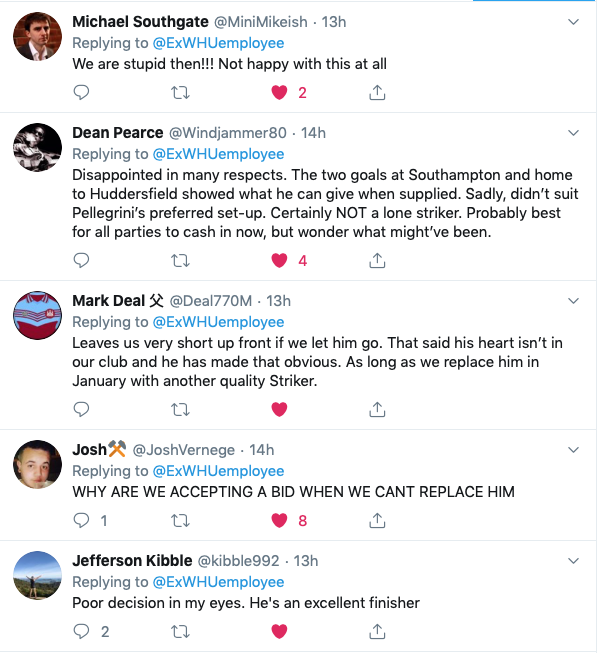 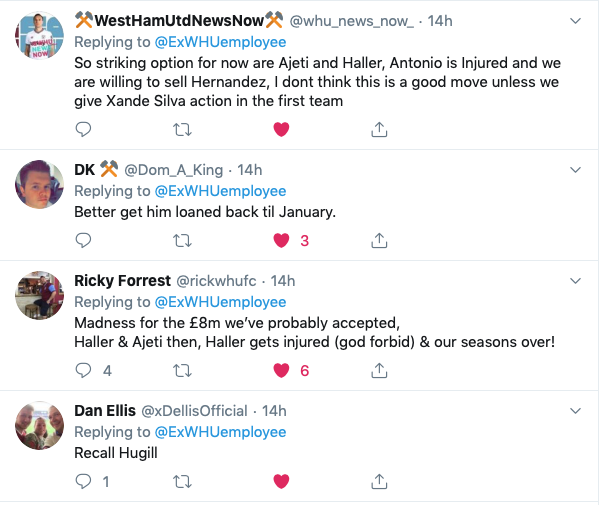