West Ham United winger Michail Antonio revealed on his personal Twitter account on Friday that his leg brace is off and he is now moving forward in his recovery from injury. The Englishman suffered the setback against Newport County in the Carabao Cup in August, and was thought to be facing a couple of months out. It will still probably end up being that sort of timeline, but he’s certainly heading in the right direction now. The West Ham fans are clearly overjoyed at this news, as can be seen in their replies to his tweet below. However, they are also sensitive to the possibility of him aggravating his injury on his way back. They don’t want him to rush, instead content for him to take his recovery slowly and make sure he’s 100% when he does return to first team action. The 29-year-old is certainly someone the Hammers have missed since he’s been out. His pace, power and goalscoring ability make him a terrific option for manager Manuel Pellegrini, and one he’ll be excited to get back. 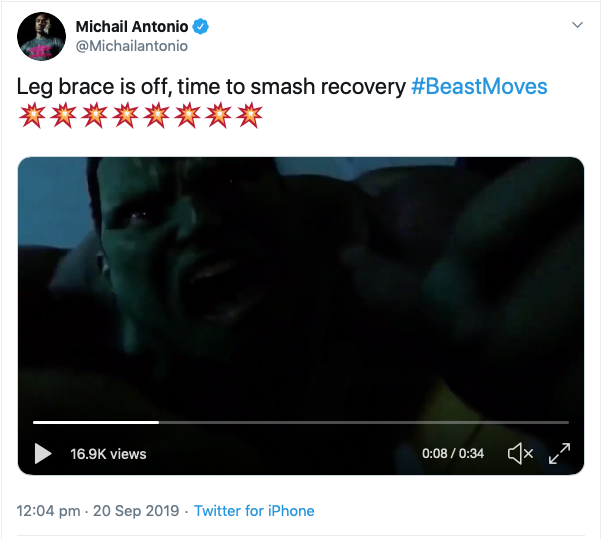 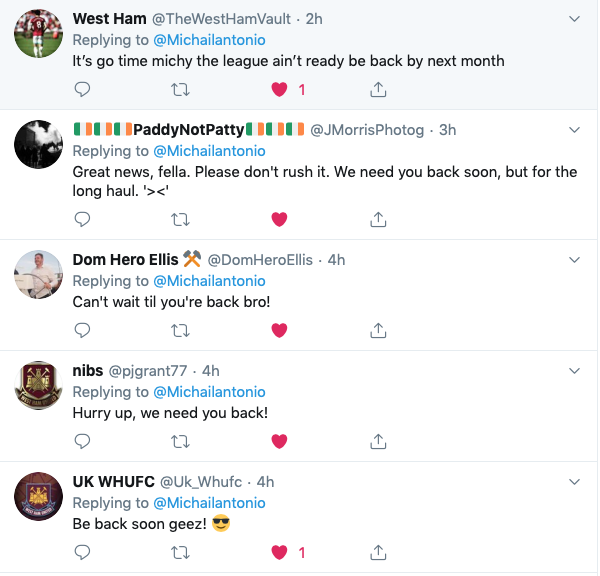 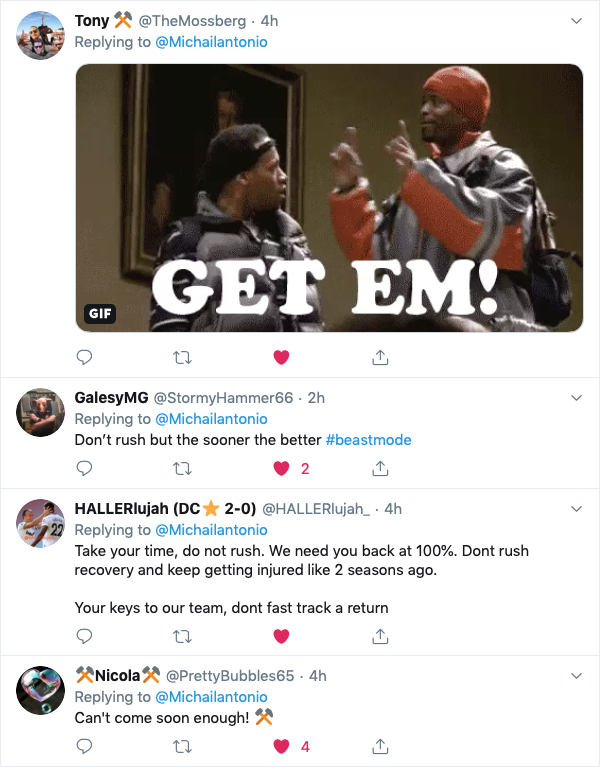