West Ham United winger Grady Diangana produced another outstanding performance for loan club West Bromwich Albion as he came off the substitute’s bench to produce two assists and lead the Baggies to a 4-2 victory over struggling Huddersfield Town. Slaven Bilic’s side had looked pretty lacklustre for much of the contest, but the 21-year-old’s introduction swung the game on its head. That’s three goals and two assists in all competitions for the Midlands side now for Diangana, who is going from strength to strength with regular football. The West Ham fans are clearly loving what he’s doing at The Hawthorns, and are delighted with the progress he’s making. This is exactly what Hammers boss Manuel Pellegrini will have wanted when he sanctioned Diangana’s loan this summer. He had him last season and he did OK as a young lad. However, he seems to have really taken the next step in the Championship. He’s going to be a big player for the east London outfit in the future, that’s for sure. 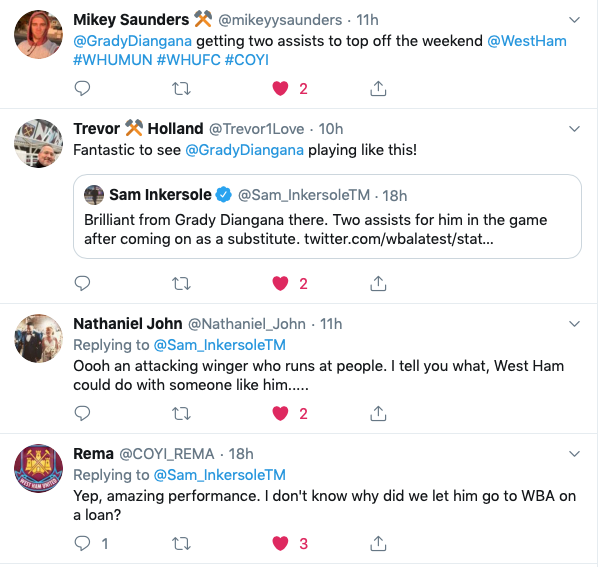 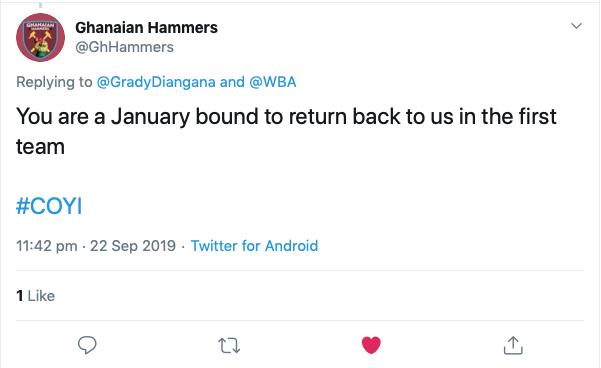 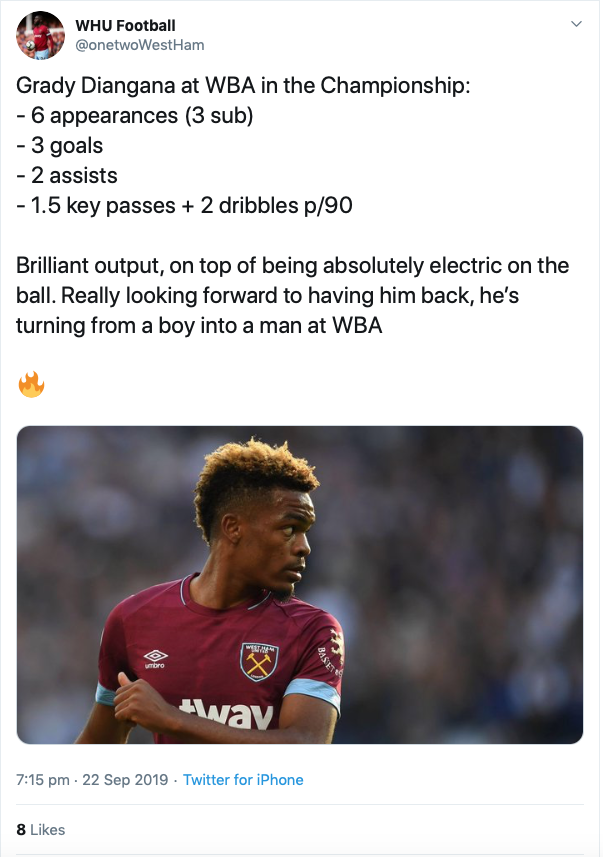 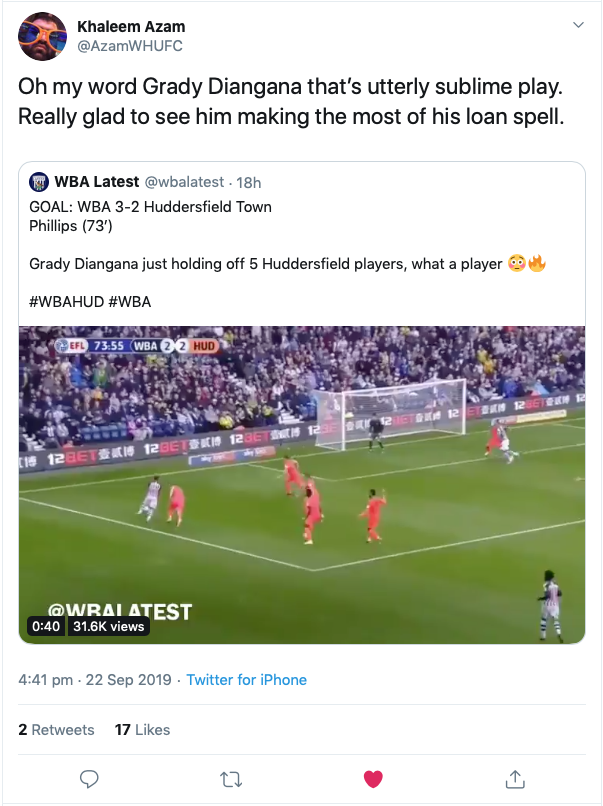