West Ham United winger Andriy Yarmolenko continued his fantastic run of form on Saturday as he scored in his team’s 2-2 draw with Bournemouth at the Vitality Stadium. It’s now three goals in his last four Premier League games for the Ukrainian international [Source: Transfermarkt], who has rebounded superbly from missing the bulk of last season with serious injury. His strikes all seem to be terrific efforts, as well, and this one was no exception. Irons striker Sebastien Haller did really well to bring a lofted ball from Felipe Anderson down, before finding Yarmolenko with a short pass in the penalty area. The 29-year-old did the rest, showing quick feet to engineer some space, which enabled him to curl a beautiful effort past Aaron Ramsdale in the Cherries’ net. Yarmolenko is someone who doesn’t always look like a top class player, but he seems to continue to deliver when it counts for Manuel Pellegrini’s side. He did that once again on Saturday. 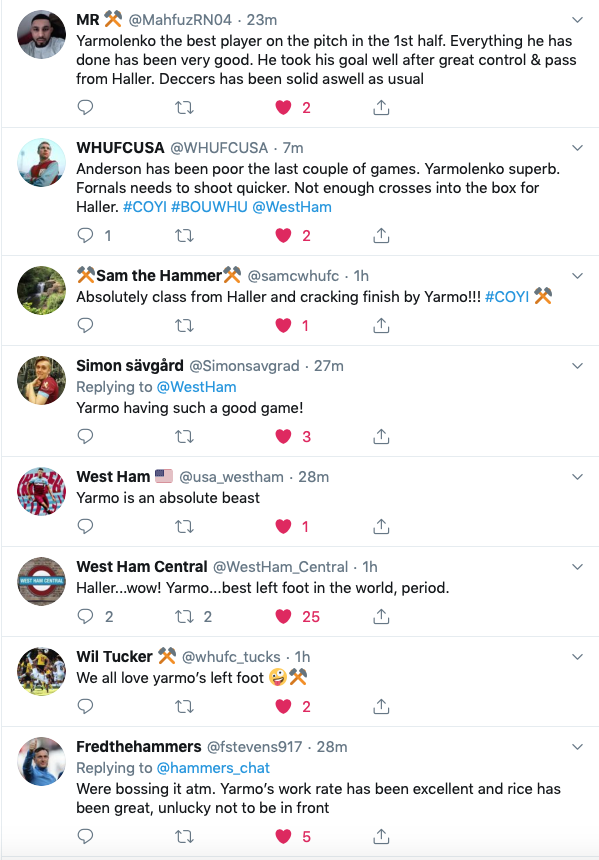 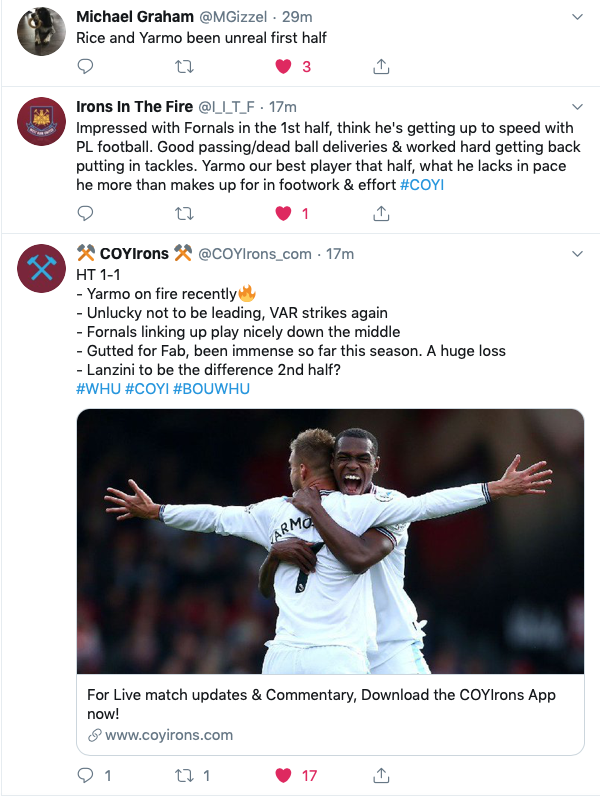 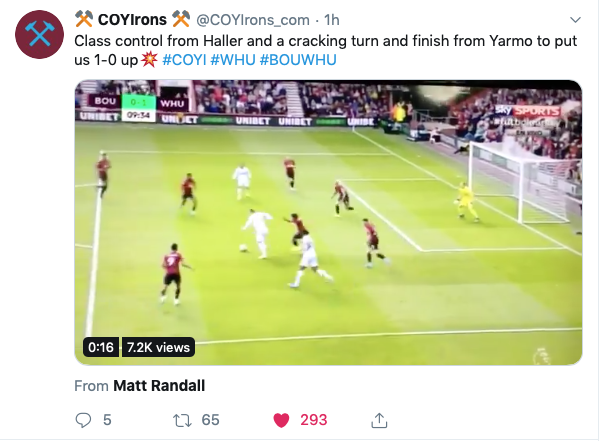