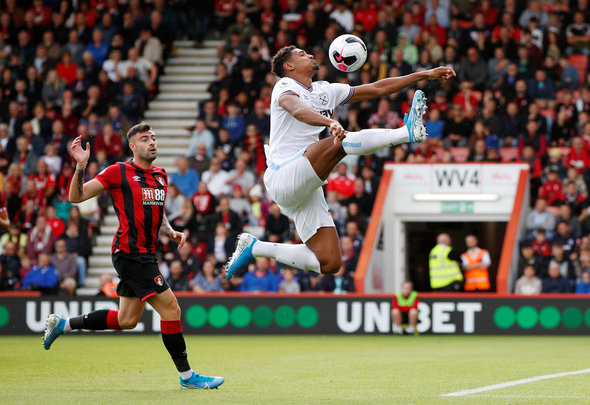 West Ham United striker Sebastien Haller produced yet another moment of magic for the Hammers during the first half of their clash with Bournemouth on Saturday. Playmaker Felipe Anderson dinked a beautiful ball forward for the Frenchman, who produced a quite delightful touch to get it under control, before unselfishly finding teammate Andriy Yarmolenko, who curled it nicely into the back of the Cherries’ net. That goal was what every West Ham fan wants their attack to look like week in week out, and they showed they were capable of it early on at the Vitality Stadium. This was a really difficult ball for Haller to control in the manner that he did, but he simply stretched out one of those long, Inspector Gadget legs, and brought it immediately into his sphere of influence. Yarmolenko is the man in form in front of goal at the moment, and Haller made sure he found him. The Ukrainian then did the rest. Certainly, though, the former Borussia Dortmund man owes Haller a big thank you for the part he played in this strike. 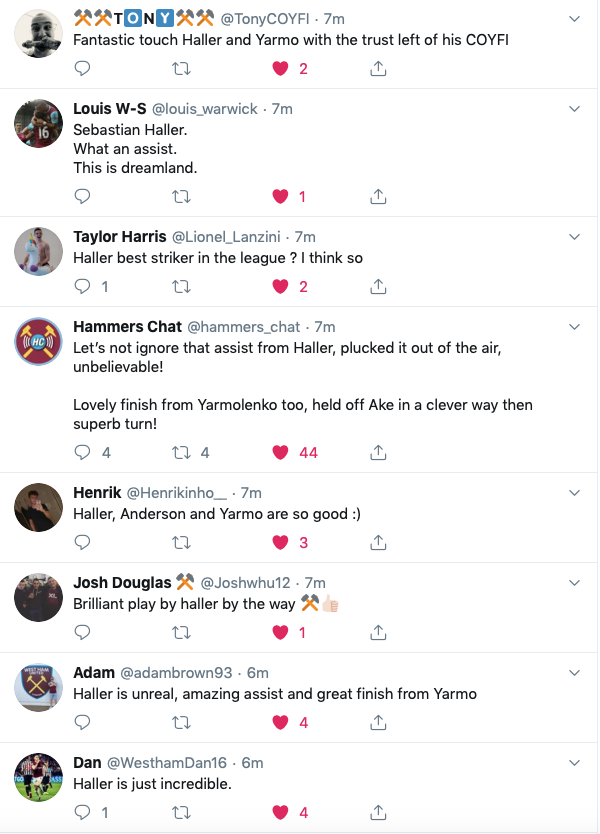 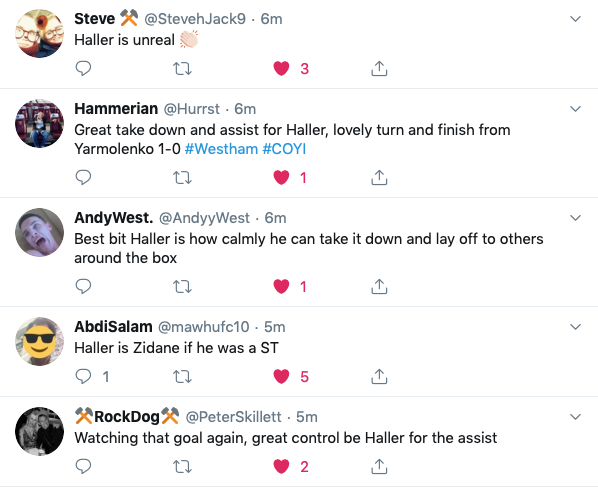