Saturday’s 2-2 draw with Bournemouth represented another chance for West Ham United playmaker Pablo Fornals to assert his claim for a first team spot, with teammate Manuel Lanzini only fit enough for a spot on the substitute’s bench. However, if that was his mission he very much failed to deliver. The Spanish international is clearly a very talented player, but he’s just not been able to adapt seamlessly to English football since his summer move from Villarreal. He simply wasn’t able to influence things in any meaningful way on Saturday. As plenty of Hammers fans mention below, he seems scared to shoot at times. Judging by a soft effort he produced towards the end of the first half, you can see why. The 23-year-old just doesn’t have that killer instinct at the moment, and it’s harming his team. The contrast between his play and that of goalscorer Andriy Yarmolenko out wide is clear and obvious. One man is full of beans, the other resembles a punctured lilo at times. 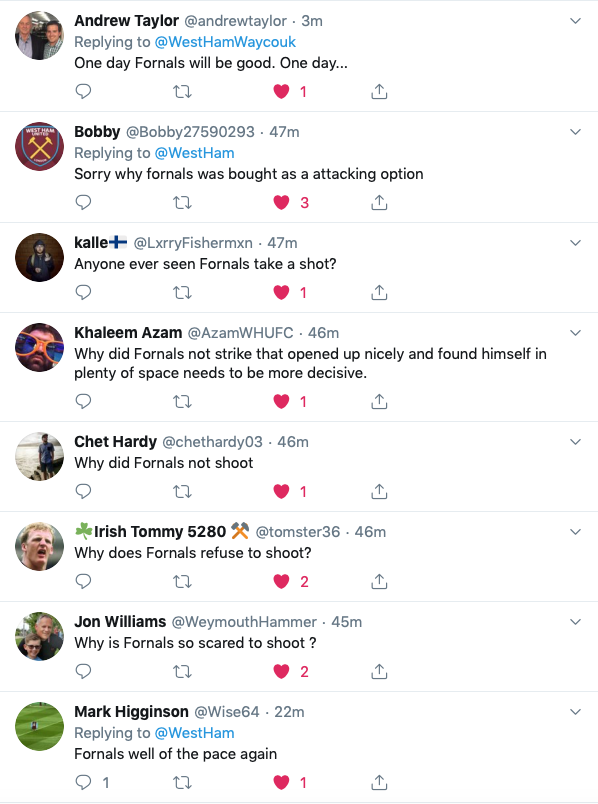