Thomas: Bowyer could be next West Ham boss 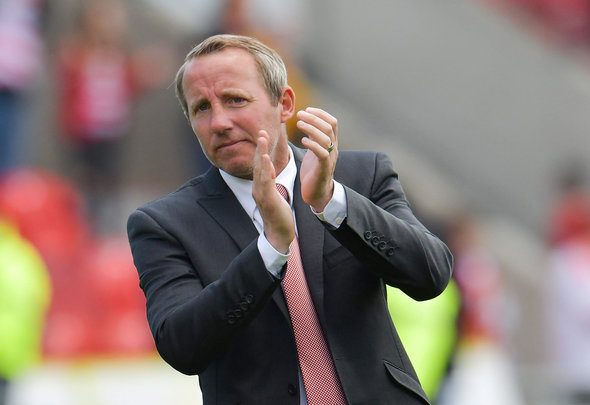 Lee Bowyer could be an option to replace Manuel Pellegrini at West Ham when the Chilean manager eventually leaves the club, according to The Athletic journalist Roshane Thomas.

Pellegrini’s current contract runs until 2021, but Thomas is of the opinion that he could face scrutiny from the board should he fail to secure European football this season.

And the reporter has named 41-year-old Charlton Athletic boss Bowyer as a potential candidate.

Writing in a Q&A for the Athletic, he said: ‘I think Pellegrini still has something to offer but if come the end of the season he has struggled to secure a Europa League spot – then perhaps the club should look at a younger alternative.

‘This is left-field but I really think Lee Bowyer should be considered when the club looks to appoint Pellegrini’s successor.

To be fair, to Thomas, Bowyer could be a fantastic shout. The Charlton manager may not be the most experienced, and he would certainly be a gamble given his lack of Premier League experience, but he has done a fine job with the Addicks, and if he can keep his current run of form going for the rest of the season, he will soon have his day in the top flight. Bowyer had a bit of skeleton crew at until Charlton part way through last season, but given the run of form his side put together after he got things sorted out, there’s a strong argument to be made for Athletic securing an automatic promotion spot had they had a full strength squad earlier. Over the course of his 75 matches in charge, Bowyer has averaged 1.8 points per game, as per Transfermarkt, and has won a legion of fans in doing so. The Hammers could do a whole lot worse.