Pressure on Cresswell after Pellegrini remarks 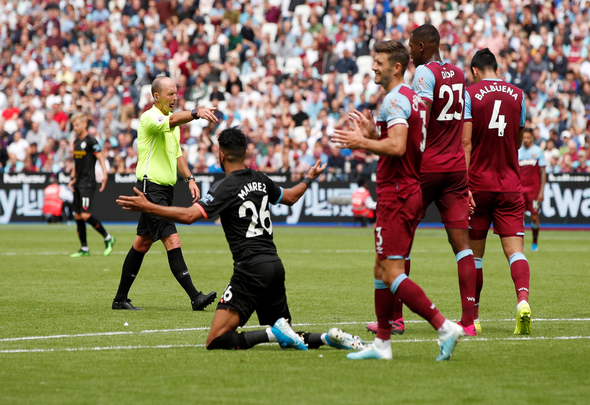 West Ham United left back Aaron Cresswell is now a polarising figure at the club. Once a fan favourite and England international, the player is now second choice at his position.

However, it appears he will get his big chance to make amends for months of poor form against Manchester United on Sunday. Hammers boss Manuel Pellegrini all but confirmed at his pre match press conference on Friday that the 29-year-old will start at the London Stadium.

“Of course Aaron Cresswell. He played last season with me,” the Chilean said, as per Football London. “He is not playing because [Arthur] Masuaku was doing well, now it is the moment for Aaron to show what he can do.”

Obviously Masuaku can’t play on Sunday after being sent off against Aston Villa on Monday night. That leaves a void at left back, and clearly Cresswell is the man Pellegrini wants to fill it.

The pressure is surely now on the former Ipswich Town man, because Pellegrini has issued a public challenge to him to take his opportunity against the Red Devils.

We know that the Englishman didn’t have a particularly good season last time out, eventually losing his first team spot to Masuaku down the stretch, but even then he did better than how he’s performed in the Premier League thus far this time round.

Yes, he’s only played once in the top flight this term – the opening day humbling against Manchester City – but the statistics, as per WhoScored.com, make for dispiriting reading.

Cresswell’s average tackles, clearances and interceptions per game numbers are all down emphatically on what he did in the last campaign. He’s also been dribbled past more often, and his average WhoScored rating per outing is far worse as well.

Now, though, Pellegrini has given him a lifeline. With Masuaku unavailable, Cresswell surely needs to take his big chance on Sunday.