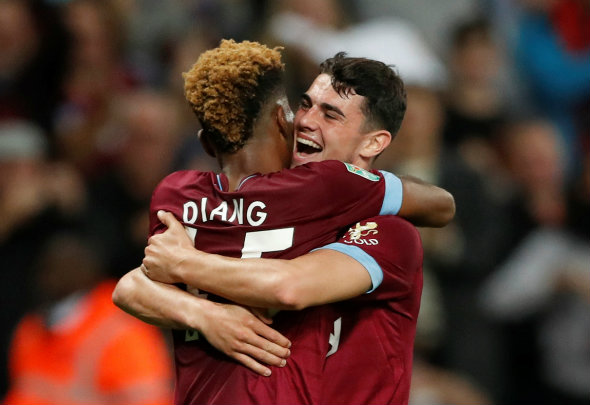 The reliable club source claims on his personal Twitter account that the League One side are amongst a number of different clubs looking to tempt the highly-rated 20-year-old away from the London Stadium on-loan.

League One and League Two clubs have until 5pm on Monday to secure any last-minute transfer deals after the transfer window slammed shut for Premier League sides before the season had started this year.

Powell spent the second half of the previous campaign on-loan at Northampton Town in League Two and managed to make 10 appearances. 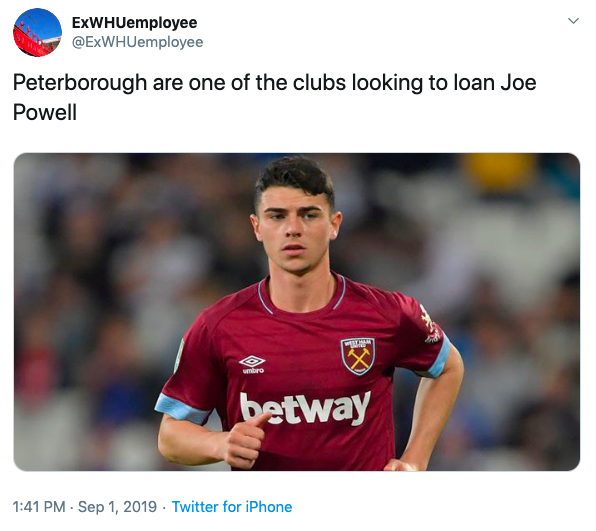 After making the bench against Leicester City in the Premier League last season, it is clear that the Hammers rate Powell very highly. The attacking midfielder completed a positive loan-spell at Northampton, scoring twice and adding an assist in his 10 games, and has started the under-23’s campaign in a similar fashion as the West Ham youngsters won their first three games – with Powell playing in the first two, scoring in the away win over Newcastle. The 20-year-old can play anywhere across the front four, and scored when playing at centre-forward for Northampton last season, although behind the striker is his preferred position. With other highly-rated teenagers securing loan moves, such as Grady Diangana, it would be no surprise should Powell follow the same path with the deadline approaching. The youngster wasn’t involved in the squad for the win over Reading under-23s but returned to the starting line-up against Manchester United at Old Trafford, in what could be his final appearance for the Hammers’ academy this season.