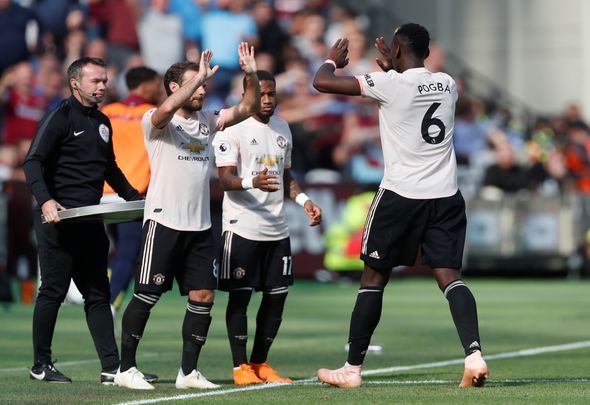 The key Red Devils’ pair have featured heavily at the beginning of the Premier League season but missed Thursday’s 1-0 Europa League victory over Astana at Old Trafford.

Manchester United are looking for their first away win of the season and will look to avoid the 3-1 defeat they suffered against the Hammers in this fixture last season.

They will have to do it without the French duo after Ole Gunnar Solskjaer confirmed that they have missed training through the week.

“Not really [expecting Pogba and Martial back],” Solskjaer said as quoted by ESPN.

“They’ve not been training yet so I don’t think so.”

Manuel Pellegrini will be delighted to learn that two of Manchester United’s most high-profile players are potentially set to miss the game on Sunday. With the Red Devils set to be without two of their best performers, their style is surely going to suffer, and the Hammers can definitely take advantage. Pogba is at the heart of everything Man United do, and his ability to pick up the ball and glide past players could have caused real problems. The £290,000-a-week midfielder [Spotrac] has completed 2.8 key passes per game according to WhoScored – the most in the entire squad – meaning he is the main catalyst on the ball for United. Martial, on the other hand, is one of the Red Devils’ standout players this season, earning the highest average WhoScored match rating with 7.52. Going forward, Man United are set to be lacking in the final third missing two of their creative sparks, and the Hammers will be looking to replicate last season’s thrashing on Sunday.