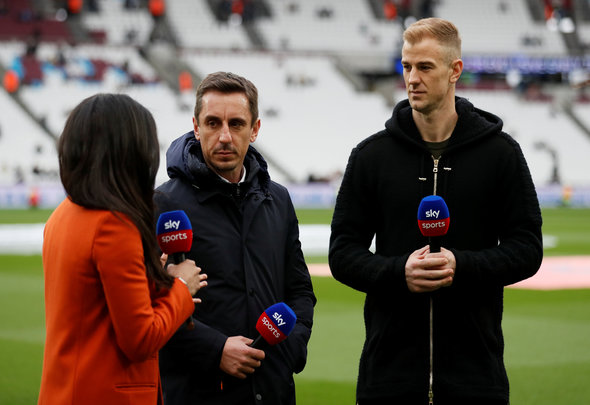 The Hammers take on Neville’s old Manchester United side at the London Stadium on Sunday, and Neville picked out three players who make Manuel Pellegrini’s side a real threat to the Red Devils.

“You look at Felipe Anderson, Manuel Lanzini and Sebastien Haller and you can feel that the atmosphere will be hostile for Man United on Sunday,” he told Sky Sports.

“The reason those players are at West Ham is because they have quality, but they can’t play at the highest level. However, they can play in those one-off games – they can play in moments in matches, and that makes West Ham really dangerous against Man United.”

Even though Neville is obviously intending to be very complimentary about the West Ham trio, you almost feel as if he’s being a little bit harsh, here. How can he say that Messrs Anderson, Lanzini and Haller can’t play at the highest level? The first two are internationals for two of the finest footballing nations in the world – Brazil and Argentina – while the latter is coming off the back of a stunning season at domestic and European level with Eintracht Frankfurt. Besides, is Neville saying that these three wouldn’t get in United’s current side? Surely he wouldn’t be that bold. There can’t be many Old Trafford fans who wouldn’t want Anderson in their team or Haller leading the line. At the very least, they’d be in and around the starting line up, that’s for sure. Either way, though, Neville’s right that the quality that players like that have make the Hammers a very real threat against Ole Gunnar Solskjaer’s men on Sunday.