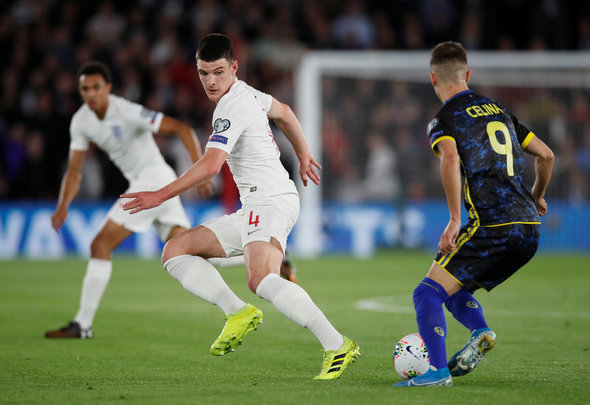 West Ham United midfielder Declan Rice started for England for the second time in four days on Tuesday night as he took the field from the beginning of the Three Lions’ whirlwind 5-3 come-from-behind victory over Kosovo in their European Championships qualifying match. The 20-year-old would appear to be something of a magnet for criticism at international level, with plenty of fans struggling to realise what he brings to the team. You can see plentiful evidence of that below, where many supporters have absolutely destroyed him for his performance at St Mary’s Stadium. That’s despite another solid, if slightly unspectacular, outing from the Hammers starlet. The third England goal showed what Rice was about, winning the ball back for Gareth Southgate’s team, finding a teammate and ultimately setting a strike in motion. It’s baffling that so many fans don’t understand that he’s not in the team to be flashy, but to allow others to showcase their skills. That’s his job, yet it’s something that sees him criticised. Some people are never happy, eh? 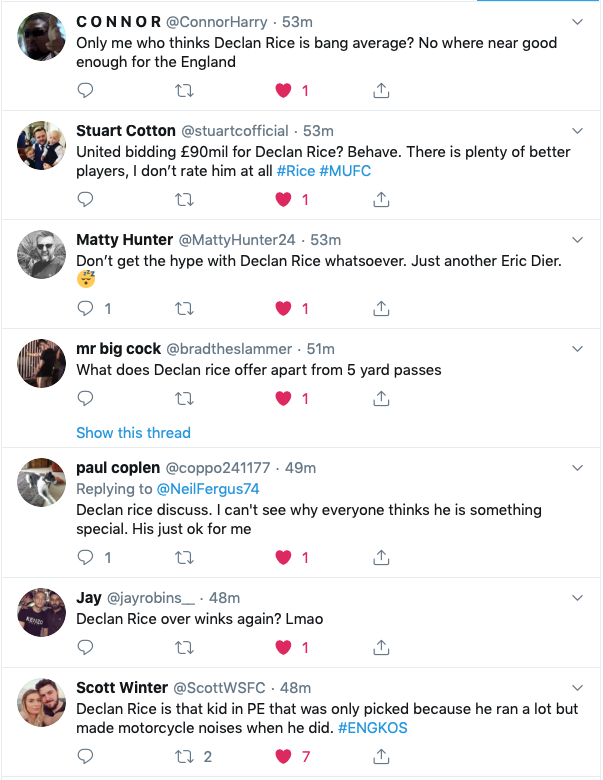 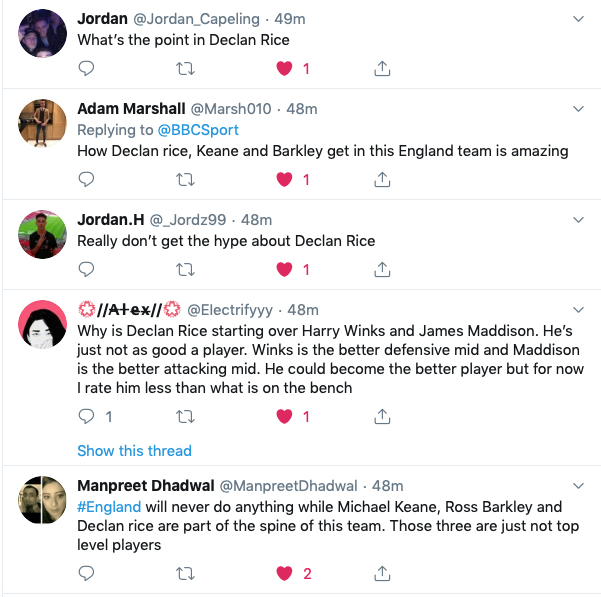