Hernandez reveals what he told Sevilla about West Ham exit 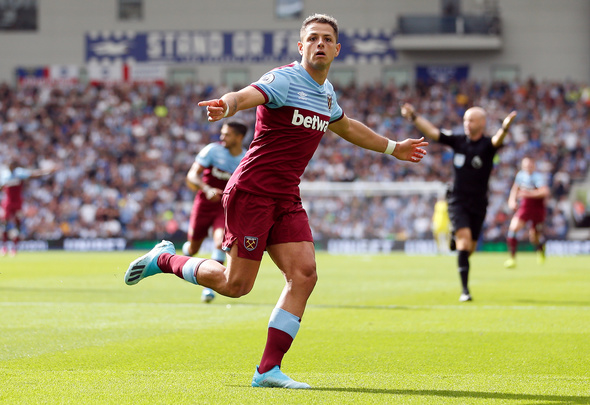 Javier Hernandez told Sevilla that he would remain at West Ham for another season if he was not able to join the La Liga outfit this summer.

The Mexican international swapped east London for the south west of Spain late on in the European transfer window, ending his two-year stay at the London Stadium.

He has revealed that he had his heart set on Sevilla as soon as they made contact over a potential move and that he told their sporting director Monchi that he would remain with the Hammers if he was not able to pull off a summer switch.

Hernandez told Medio Tempo: “Monchi was the one who called me, we talked and he almost asked me if I would be interested in going to Seville.

“I think that when they ask you that you don’t doubt it and I said ‘yes, of course I do.’ I told him that if I didn’t go to Seville I was not going to leave the club.

“I go to Seville or I stay here for a year. Complicated negotiations until the last, but in the end it was achieved.”

There might well be a number of West Ham fans wishing that the Mexican hitman had remained with them until January at the earliest. The lack of firepower at the London Stadium is startling and a serious blow to star striker Sebastien Haller would leave them looking awfully light in attack. Still, Hernandez had his heart set on Sevilla and credit to the two clubs for getting something worked out. He might not have been the rip-roaring success the Irons would have liked during his time at the club but he scored some crucial goals and worked hard for the team – which is more than can be said about Marko Arnautovic. Sevilla also seemed very keen on getting him on board and with the Hammers getting him off their wage bill, they can also be quite satisfied. All in all, a success for everyone involved – even if it does limit Manuel Pellegrini’s options in attack.