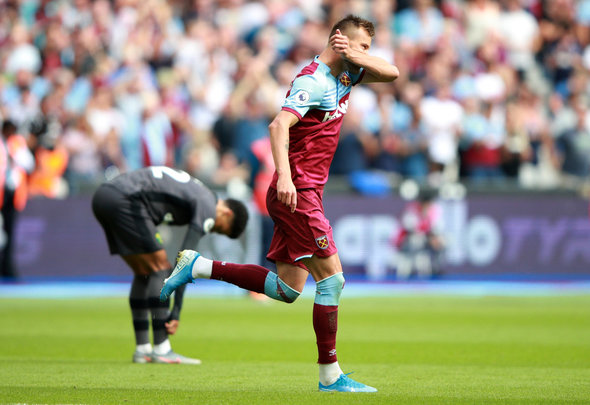 The Ukraine international scored his first goal since returning from a serious injury suffered early last season in the Irons’ 2-0 victory over Norwich City at the London Stadium, and proceeded to celebrate with the club’s medical staff.

After a fan praised Yarmolenko for that moment, Gold concurred: “Agreed,” he wrote on his personal Twitter account on Sunday. “I was so pleased for Yarmolenko scoring his first goal in over a year he has worked so hard to get back in the team. 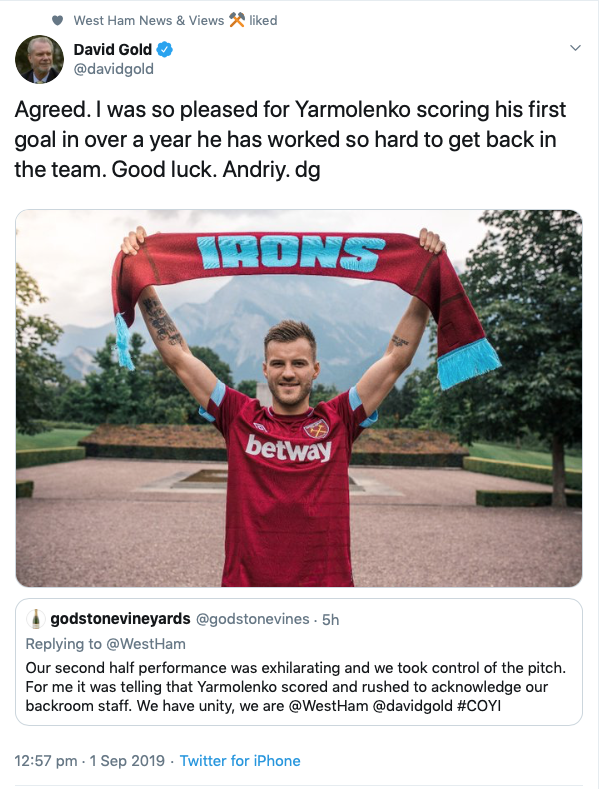 It was certainly a pleasing moment to see Yarmolenko get on the scoresheet, and he looked absolutely elated to get his goal and be able to share it with the medical staff who have presumably spent a large chunk of time with him over the past year. It was bitterly disappointing for him to get injured so early in his West Ham tenure, particularly after having started so brightly last season, and so it was great to see him get back on the scoresheet. Let’s make no mistake about it, though, this wasn’t a vintage performance from the former Borussia Dortmund man. He looked pretty off the pace for much of the game, appearing slightly slow and behind the frenetic pace of the Premier League encounter. However, he grew into the contest and almost scored before he finally did put the ball in the back of the net. It was a terrific finish from the 29-year-old, and Gold was clearly over the moon for him.