West Ham fans would be happy with Rooney – Saunders 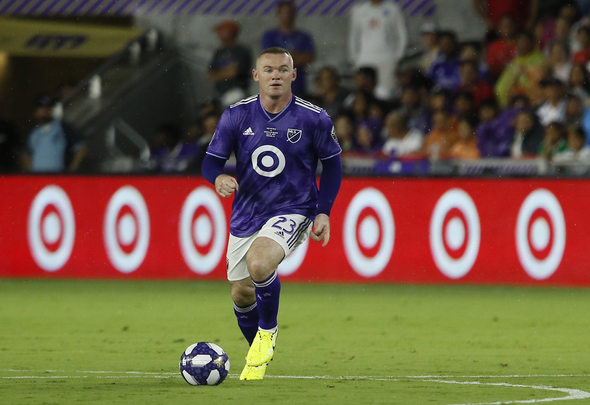 Dean Saunders claimed West Ham fans would sign D.C United forward Wayne Rooney for their club if they could.

Saunders shared that he and Alan Brazil regularly bump into Hammers and Crystal Palace supporters and shared he thinks both sets of fans would happily have Rooney at their club.

The talkSPORT pundit shared both Hammers fans and Palace fans would be happy with the 33-year-old forward as you know what you’re gonna get with him, and also suggested both clubs had paid fortunes for rubbish players previously.

“They’d take him tomorrow, after some of the rubbish players they’ve paid fortunes for,” said Saunders on talkSPORT (8:09am, Tuesday, August 6th).

“At least you know what you’re gonna get with him, he wants to win, he scores goals, he makes goals and he is only 33.”

West Ham fans would likely love to see a new attacker arrive at the London Stadium before transfer deadline day, but it’s debatable whether they’d welcome Rooney with open arms. The Hammers saw three attackers leave the London Stadium earlier in the summer as Andy Carroll, Lucas Perez and Marko Arnautovic have departed, and so far only one new forward in the form of Sebastien Haller has rocked up. So the Hammers do look a little short up top as you can’t be overly confident that Javier Hernandez will deliver the goods as he has only managed 16 goals in 61 outings for the club since joining. Yet that doesn’t mean Hammers fans would jump to sign Rooney. After all the English forward is no longer in his peak and his last season in the Premier League didn’t see him regularly deliver the goods. The 33-year-old managed only 10 league goals in his 31 league outings for Everton in the 2017/18 season, with three of them coming in the Toffees’ 4-0 victory over the Hammers. Rooney’s Premier League days realistically may be behind him, hence why Championship side Derby County are keen on him (Source: BBC).