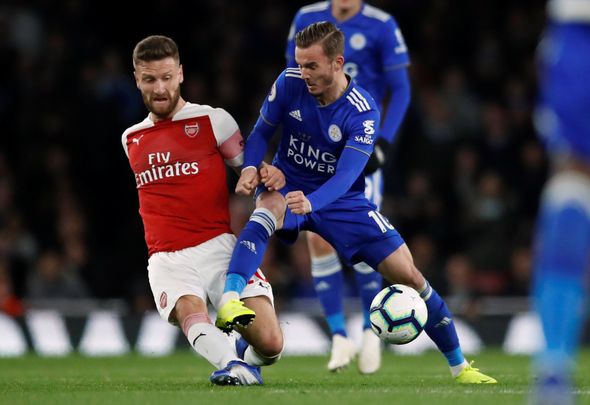 West Ham fans are rueing the fact that their club turned down the chance to sign Leicester’s James Maddison.

The 22-year-old was signed from Norwich last summer for £22.5m and he has been a big success for Brendan Rodgers’ side.

He’s scored seven goals and added eight assists in 40 appearances and, according to the official Premier League Twitter account, he’s created 50 chances from set-pieces in the Premier League – six more than any other player.

Since the start of last season, James Maddison has created 50 chances from set pieces in the #PL, at least six more than any other player#CHELEI pic.twitter.com/SUNOL3dTAi

West Ham were strongly linked with Maddison last summer but decided against making a move.

According to Hammers insider ExWHUemployee on The West Ham Fan Show, West Ham decided that he wasn’t good enough and that he was too similar to Manuel Lanzini.

“He was one of about five midfielders they were looking at…  He was scouted against Chelsea but it was considered his performance wasn’t good enough and with Lanzini as well, it was considered we had a player in a similar mould as him.”

That’s looking like a big mistake now, with Maddison settling into the top flight brilliantly, Jamie Carragher saying Liverpool should sign him and Gary Neville saying, “I think he is outstanding. I think he will be playing for England a lot of times.”

Maddison is on £55k-a-week at Leicester [Spotrac].

Here are the best reactions from West Ham fans:

Why moyes turned him down idk

Why did we not go after him or is it just cause Moyes didn’t like him for one match away against Chelsea, he’s gone back to the same stadium and played amazingly today

We thought Wilshere was the better bet
FMOB
He was a cracking player at Norwich so good luck to him and Leicester.
It’s what you deserve when you cough up and give a player a chance

The guy is real quality, I wish the club had shared your enthusiasm when they had the chance…

It annoys me every game.

Just what we need and needed

And this man ladies and gentleman forged a career as a top manager! He’s also the reason West Ham never made a bit for James Maddison. Because he didn’t think he was good enough! https://t.co/K3JQSG9XFl