West Ham’s U-23s side drew 2-2 with Brentford B on Tuesday, and it seems one Hammers youngster was able to get pulses racing. This player was none other than tricky winger Nathan Holland. The 21-year-old skipped past Brentford B’s defence in the 86th minute in order to score an equalising goal and generally looked lively in the match after coming off the bench to feature. Holland looking like an exciting prospect once again, was always going to get some Hammers fans raving about him as he looks like the type of player who could get supporters up off their seats. In fact, some fans below shared their joy over Holland’s latest display by sharing how much they would love to see Manuel Pellegrini give him a chance in the first team. The 21-year-old has only featured for the first-team on one occasion, he played 28 minutes of the Hammers’ 3-0 win, as per Transfermarket, over Bolton in the EFL Cup in 2017, and this is despite him continuing to tear it up for the U-23s. Holland has scored eight goals and registered 11 assists in his 35 career outings for the U-23s. The only thing that seems to have stood in the winger’s way regarding first-team action, aside from having quality players like Felipe Anderson as well Michail Antonio being ahead of him in the pecking order, is his injury record. Holland even opened up to the Hammers’ official website about how tough the 2018/19 campaign was for him due to frustrating injury battles stopping him from playing. 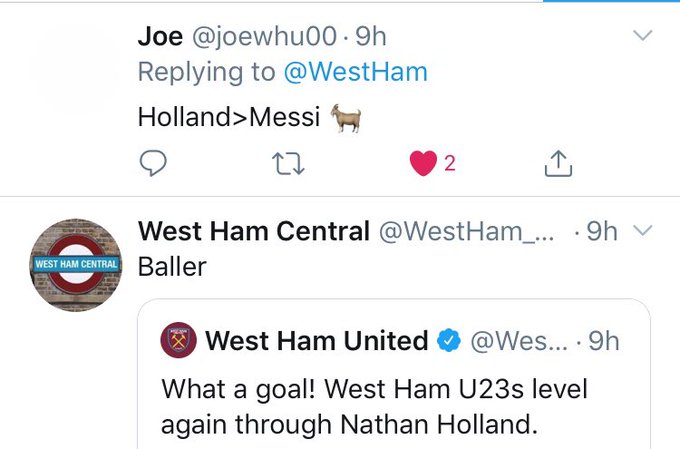 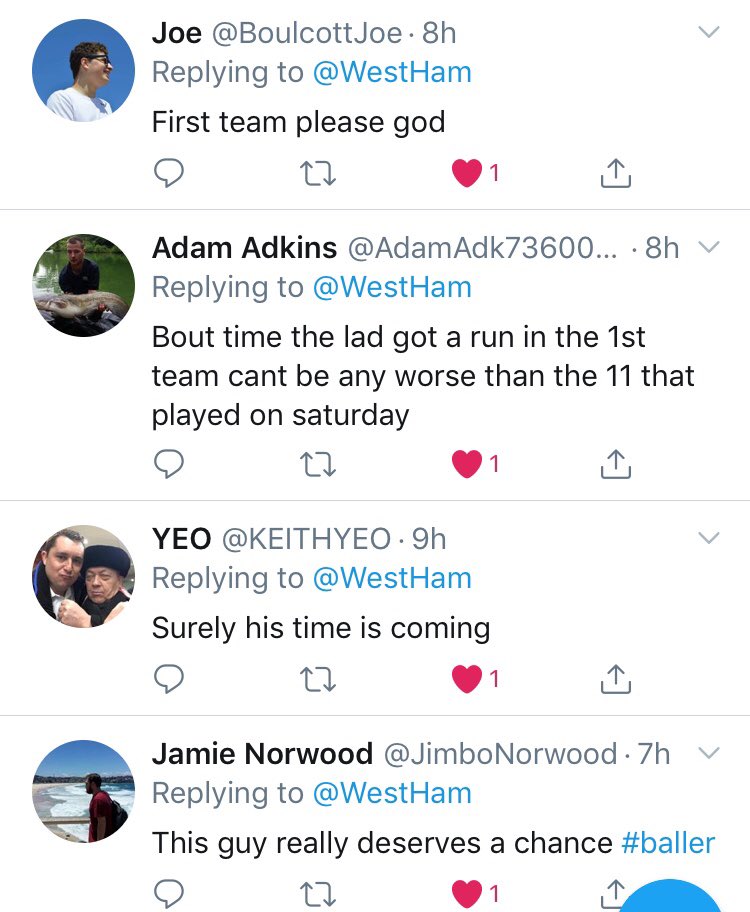