Many West Ham fans were blown away by attacker Nathan Holland during his display for the U-23s on Friday. The Hammers’ U23’s side drew 2-2 with Manchester United’s U-23s at Old Trafford in the Premier League 2 on Friday, and Holland did his part to get his side a point. The 21-year-old left-sided winger scored the Hammers’ first goal on the game after he cut inside, when Dan Kemp played him the ball, in order to slot the ball home. Holland was generally lively during his latest outing and it seems that got many Hammers supporters excited on social media. Several suggested that the 21-year-old was first-team bound, while another really nailed home how good they thought Holland was by sharing they weren’t shocked by his latest “masterclass” display. The 21-year-old has only ever appeared once for West Ham’s senior side and instead has regularly featured for the U-23s. Given that Holland seems to be in red-hot form and Manuel Pellegrini not being a manager who shies away from using youngsters, maybe he’ll soon feature alongside the likes of Felipe Anderson and Manuel Lanzini.

Forever West Ham has rounded up some of the best tweets: 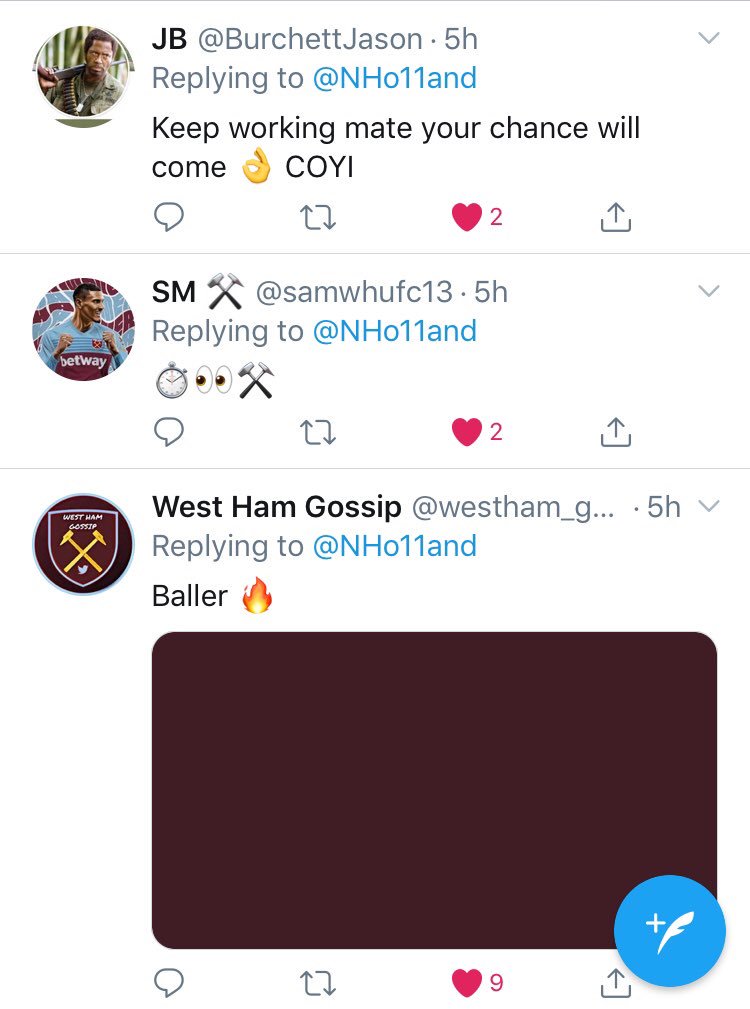 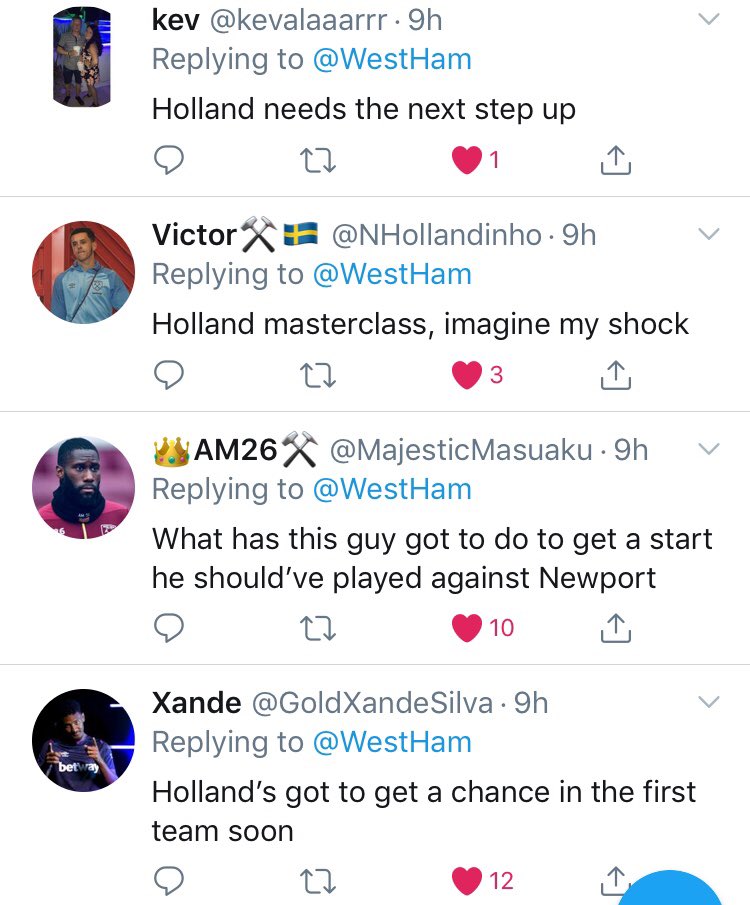 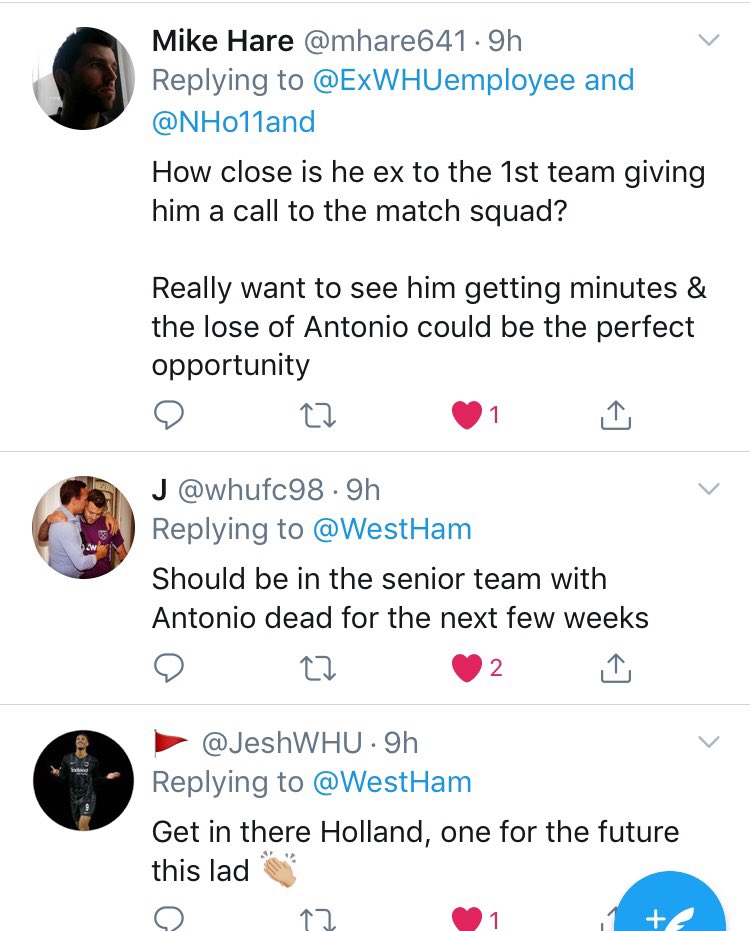 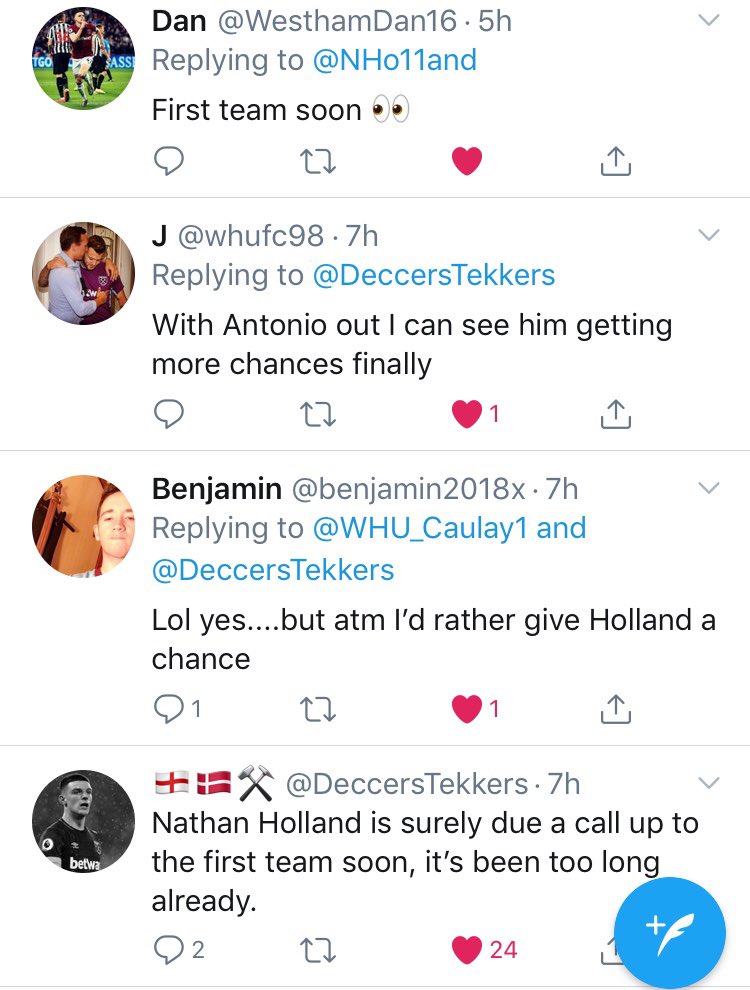