Upson is not a fan of Masuaku 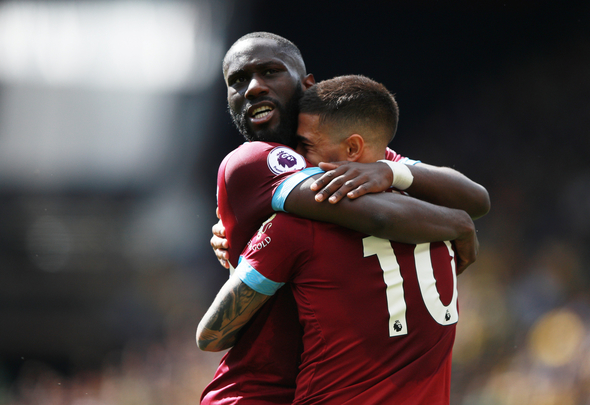 The ex-Hammers captain analysed West Ham’s draw with the Seagulls and highlighted that Manuel Pellegrini opted to drop Aaron Cresswell and replace him with Masuaku for Saturday’s clash.

Upson claimed that he thought the Hammers left-back made a ridiculous amount of mistakes and that the 25-year-old took too many touches of the ball for his liking.

“You also have a change at left back, with Masuaku coming in for Aaron Cresswell,” said Upson in an interview with The Athletic.

“Masuaku will make a ridiculous amount of mistakes. For me, he has too many touches of the ball.”

Upson was a no-nonsense defender during his playing career so is it any surprise that Masuaku isn’t his cup of tea? After all, the 25-year-old may be a left-back, but he is far from being defensive-minded. Masuaku is a modern full-back in many ways as Pellegrini seems to utilise him due to what he offers going forward rather than what he does at the back. However, the defender does need to try and up his game in the coming weeks as while it’s great to see him surging forward, the amount of mistakes he does tend to rack up, makes him frustrating to watch. For example, Masuaku’s clumsy nature saw him lose 11 of his 23 duels against Brighton, and he also notably lost five of his seven aerial battles (Source: Premier League). Yet it’s worth noting there were some positives to take from Masuaku’s display against Brighton. The 25-year-old made four tackles, winning 75% of them, did manage to make 59 passes to try to aid the team going forward (Source: Premier League) and averaged a rating of 7.21 (Source: WhoScored).