Jeff Stelling has predicted West Ham to beat Watford 2-1 when the two sides clash on Saturday.

The Sky Sports presenter backed the Hammers to get their first win on the season at Vicarage Road at the expense of Watford on Sky Sports’ Super 6 app, however, Charlie Nicholas shared he thought the game would end as a 1-1 draw while Phil Thompson and Matt Le Tissier both predicted a Watford win. 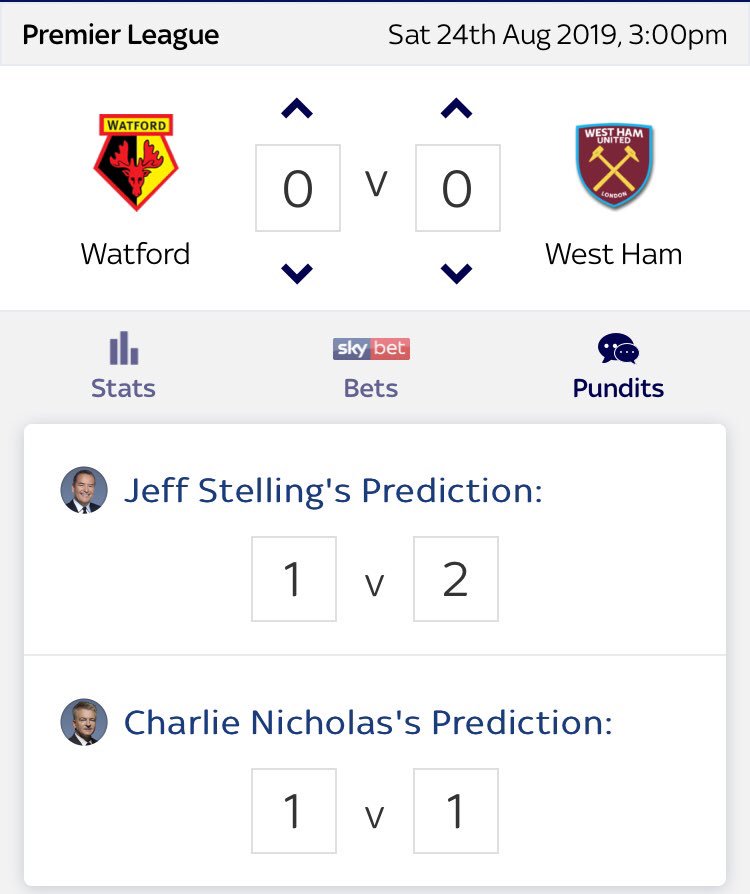 The Hammers are yet to register a win this season as they lost 5-0 to Manchester City on the opening day of the season before settling for a 1-1 draw with Brighton last Saturday.

Hopefully, Stelling is a better predictor than Nicholas, Thompson or Le Tissier as he is the only one backing the Hammers to take all three points. While a draw wouldn’t be the worst result on Saturday as Watford were formidable last season and the game is away from home, the sooner Manuel Pellegrini’s side put their first three points on the board, the better. After all, you don’t want the Hammers to go too many games before picking up their first win on the season as that sort of thing starts to affect the squad’s confidence and becomes an issue. The Hammers showed glimpses of their potential against Brighton but were missing notable players such as Felipe Anderson and Sebastien Haller. However, Pellegrini did confirm that the pair were fit to face Watford in his press conference on Thursday, as covered by Sky Sports, so they could help the Hammers up their game. Anderson played his part last season when the Hammers’ beat Watford 4-1 at Vicarage Road last season, he averaged a rating of 7.23 (Source: WhoScored), even if he didn’t get on the scoresheet, and hopefully, he impresses again.