Pardew tips West Ham to have a good season 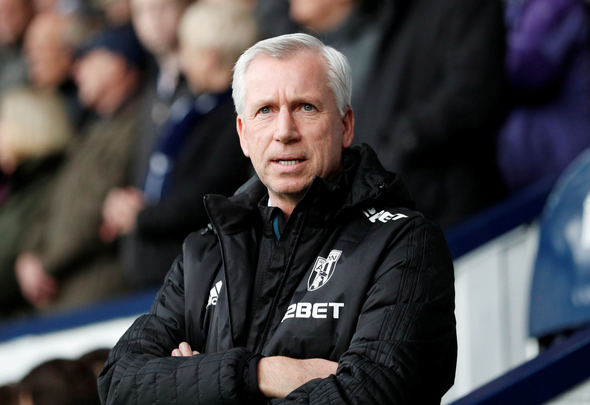 Former West Ham manager Alan Pardew claimed that the Hammers were one of only a few teams who could close the gap on the Premier League’s top-six.

Alex Scott asked Pardew how he thought West Ham would do this season in the Premier League following their 5-0 loss to Man City, and he tipped them to have a good season.

The former Hammers boss stated that Manuel Pellegrini’s side had a tough week getting over their heavy defeat to Man City, but if they could get some momentum behind them this season then it could be a good 2019/20 campaign for them.

“Well you look at that side and that they had 60,000 in that stadium yesterday, that stadium has now settled down and you can see that the fans have kind of accepted the change from Upton Park, which was their home,” said Pardew on Goals on Sunday (Sky Sports Premier League, 11:39am, Sunday August 1th).

“And now it’s about getting a great team there and that’s what they’re building to do.

“They’re in that second-tier of top-teams where you’re not getting the best players, you’re having to take gambles here and there, you’re paying £20million- £15million whereas the top teams are paying £60million, so it’s a little bit of a gamble.

“And hopefully they’ve got that right, cause yesterday, that was a tough draw at home against Man City, that’s probably the last thing he needed and for them to actually score five was a big blow.

“So they’ve got a tough week when it comes to getting some momentum behind them, but if they get that momentum they’re one of the few clubs that can challenge that group at the top.”

Pardew had a mixed spell at West Ham when he was the manager of the club, as there were some really good times and there were some really bad times. The currently unattached manager was in charge of the Hammers between 2003 and 2006, having a 41.1% win percentage in the process (Source: West Ham’s website) and on his watch, he got the Hammers back into the Premier League. Pardew won promotion to the Premier League through the play-offs in 2005, then in the Hammers’ first season back in the top-flight, he guided them to a ninth-placed finish. However, it then all started to go wrong for him. The Hammers had a disappointing start to the 2006/07 campaign, they even went out of the League Cup courtesy of Chesterfield and he was given his marching orders. So with this in mind, Pardew knows all about the rollercoaster life at the Hammers and the expectations of fans, so if he believes they’re still capable of challenging the perceived big clubs in the league, especially after the loss to Man City, it shows how highly he must rate Pellegrini and the Hammers’ current squad.