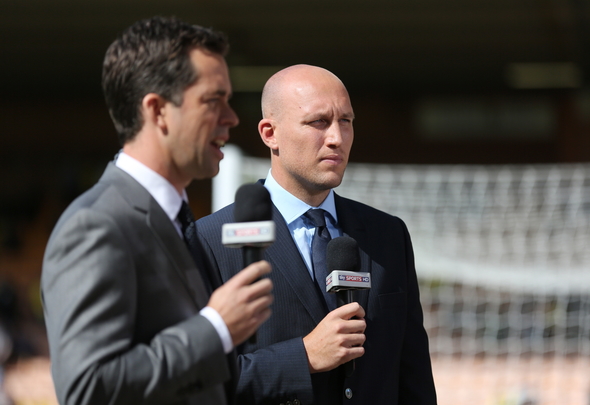 Ally McCoist shared he had a wee sneaky feeling about West Ham as he believes they could have a very very good 2019/20 season.

The talkSPORT pundit admitted he could see the Hammers doing well and told former West Ham striker Dean Ashton that when he called into the radio station.

“I’ve got a wee sneaky feeling Dean, that West Ham could have a very very good season,” said McCoist on talkSPORT (9:42am, Friday August 9th).

Ashton responded to McCoist’s remarks by saying that while he agreed, he insisted it could be the same old West Ham if they suffer their usual bad luck with injuries.

“Sebastien Haller, fantastic talent last season, at Eintracht Frankfurt and there’s going to be a lot of pressure on his shoulders, I know Arnautovic did a decent job for periods, but that is a position they have lacked, in terms of a main striker with consistency.

“But you’re right, the feel of the place at the end of the season was superb, they got some good results like Tottenham away, but it’s the same old thing with West Ham in my opinion, they’ve got to keep players fit.

“Their luck with injuries has generally been poor, they’ve got to keep players fit.”

McCoist clearly believes the Hammers could be dark horses in the upcoming Premier League season, well he did before Ashton tried to burst his bubble. While the former West Ham striker claimed he agreed with McCoist, by the time he finished speaking, he seemed all doom and gloom. Ashton seemed excited by the arrival of Haller, but then stated he could envision it being the same old story for his former side as injuries could wreak havoc with their squad. It’s odd to see why Ashton is so worried, as for once, the Hammers do appear to have a lot of depth. The only area that may be a concern, is the midfield. The Hammers sold Spanish midfielder Pedro Obiang earlier in the summer window, and no replacement arrived. This means Manuel Pellegrini’s side are relying on Jack Wilshere to stay fit more than they probably should. After all, the 27-year-old played only 389 minutes of league action last season across eight outings, as per Transfermarkt, due to being stuck on the sidelines with an ankle issue for 193 days (Source: Transfermarkt). However, it’s better to be optimistic that Wilshere’s injury problems are behind him, after all he did get through pre-season unscathed.