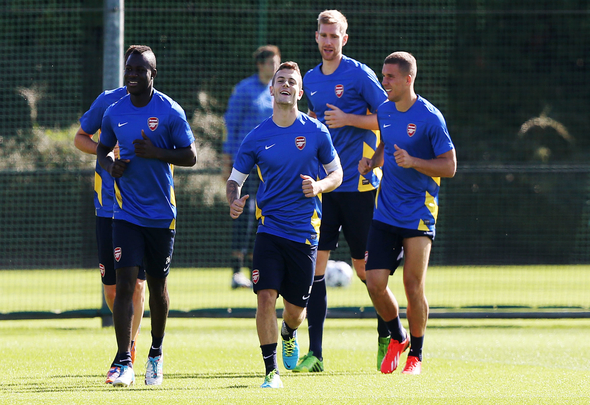 Emmanuel Frimpong took a subtle dig at West Ham when stating that Jack Wilshere deserves a good career in football.

The former Arsenal teammate of Wilshere revealed that he thought that the Hammers midfielder deserves a good career and that the player’s family also deserve to see him excel due to how much they had invested in him.

Frimpong then took a subtle dig at West Ham as he claimed that he hoped the midfielder did well, even if he did so while playing for the Hammers.

“Jack deserves a good career in football — and so do his family,” said Frimpong in an interview with The Athletic.

“I don’t know if you know about Wilshere’s mum and dad but honestly, since we were young, from the age of nine, they’ve really put so much energy and effort in bringing him to training and looking after him.

“They deserve to see their son playing football because they’ve really invested in him, you know.

“When I was young, I didn’t have the luxury of my mum and my dad taking me to football. I used to go to football by myself, but with Jack, the mum and the dad, even the granddad, used to do it.

“Even if it’s not quite at the highest level, even playing for West Ham, they deserve to see him play and enjoying his football again. There’s no doubt that when I was growing up, Jack Wilshere was the most talented youngster I ever came across. There’s no doubt, man.”

Frimpong’s comments regarding West Ham are odd as he seems to treat the idea of playing for the Hammers as not being a privilege. The 27-year-old, who unfortunately was forced to retire from football in May due to a knee injury (Source: BBC), made it clear he stills hopes for the best for Wilshere even if he doesn’t get to play his football at the highest level. While the retired midfielder’s comment may be innocent, he may just feel disappointed that Wilshere had to leave Arsenal in 2018, it still seems a dig at the Hammers. After all, Manuel Pellegrini’s side are playing their football in England’s top-flight after all, and you can’t rule out them ending up qualifying for Europe this season despite being yet to win a game this season. However, while Frimpong’s dig at the Hammers is unnecessary, it’s hard not to hope that his wish for Wilshere comes true. The 27-year-old has had terrible luck with injuries, he’s already missed 30 games for West Ham due to injuries so far (Source: Transfermarkt), but he’s clearly a talented player. After all, it wasn’t by accident that Arsene Wenger rated Wilshere good enough when he was just 16-years-old in order to hand him his first-team debut (Source: Arsenal).