The Reds’ official website confirmed on Monday that they had signed the 32-year-old shot-stopper on a free transfer after he left the Hammers at the end of the 2018/19 campaign when his contract expired.

Adrian celebrated his move to Anfield on his Instagram and shared he was really happy to sign for Jurgen Klopp’s side.

Rice then proceeded to message Adrian via his Instagram account and seemed overjoyed for his former teammate. 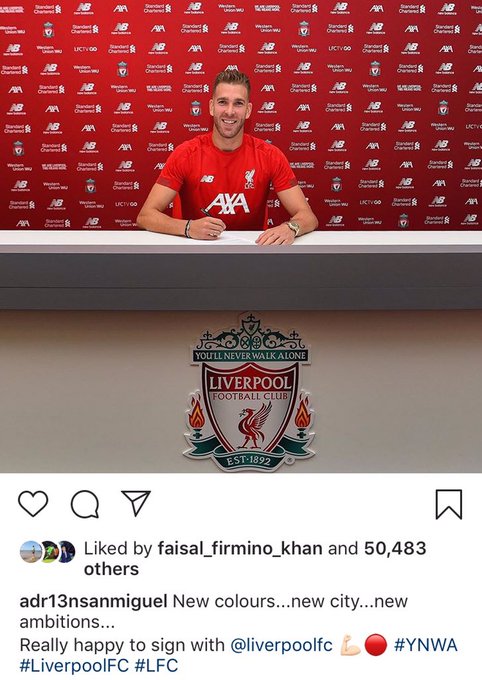 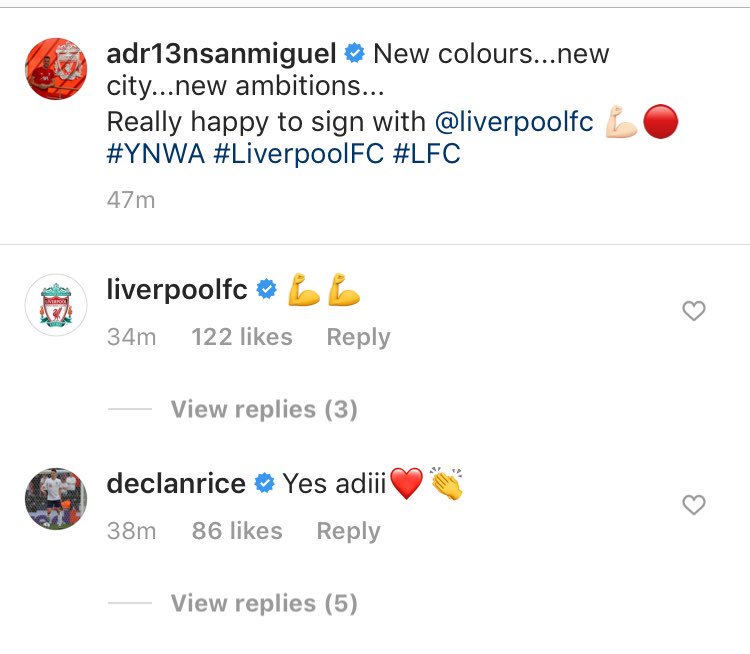 Adrian’s move to Liverpool came out of nowhere, as it happened so quickly on Monday. There were reports circulating that Liverpool were considering the former Hammers keeper, and the next thing you knew, the Reds have confirmed a deal. It’s also a bit of a surprise move as well, as you would have thought Adrian’s six-year Hammers spell ended in the summer due to him wanting to join a club to get regular first-team football. The 32-year-old made only five appearances in his 2018/19 campaign and struggled to hold down his spot in the first-team in his 2017/18 campaign due to jostling with Joe Hart for the No.1 spot. Given that Adrian only played 19 times in that league during that campaign and still managed to concede 29 goals, then it’s hard to see him getting playing time with Liverpool. After all, the Reds’ current first-choice keeper is Alisson. The Brazilian wowed in his debut season in English football last year as he kept 21 clean sheets in his 38 league outings in order to win the Golden Glove award (Source: Premier League).