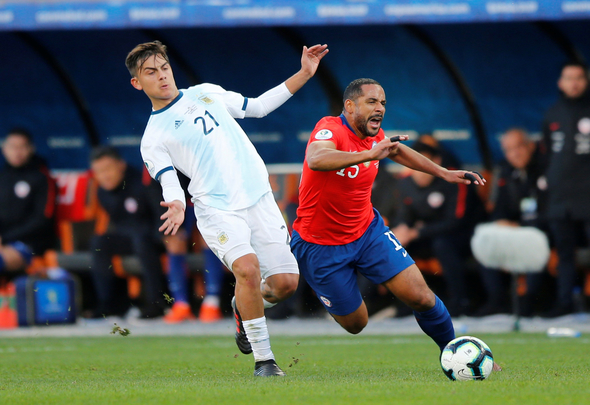 Tom Davis cheekily messaged Juventus attacker Paulo Dybala in order to tell him to join West Ham as he will love it.

The comedian, seen on shows such as Murder in Successville, and known Hammers fan messaged the 25-year-old forward to recommended West Ham as he appears to be struggling on his next move.

Sky Sports reported on Wednesday that Tottenham had seen a bid accepted for Dybala but the Guardian previously reported that the 25-year-old is earning more than £300,000-a-week at Juventus and would not want to earn less at Spurs.

With time ticking down on the transfer window, it seems Tottenham are trying to make a splash by getting some incredible business done. After all if they get a deal for Dybala over the line, it will be quite the turn up and boost their chances of actually being genuine title contenders in the upcoming season. However, Dybala’s wages do seem like they will be a hurdle that Spurs won’t overcome as it’s hard to imagine them paying Dyabala more than their star man Harry Kane, who earns £200,000-a-week (Source: Spotrac). Yet if they do decide the 25-year-old is worth that wage, then fair play to Spurs. Dybala scored 10 goals and assisted five across 40 appearances for Juventus last season and was the Italian giants’ second-highest scorer just behind Cristiano Ronaldo. The Argentinian attacker impressively averaged a goal every 226 minutes per goal, as per the BBC, and will likely be able to translate that form to the Premier League if given the opportunity. Yet while Davis cheekily tells Dybala to come to the London Stadium, the only chance you have of seeing that move happen is if you’re playing Football Manager.