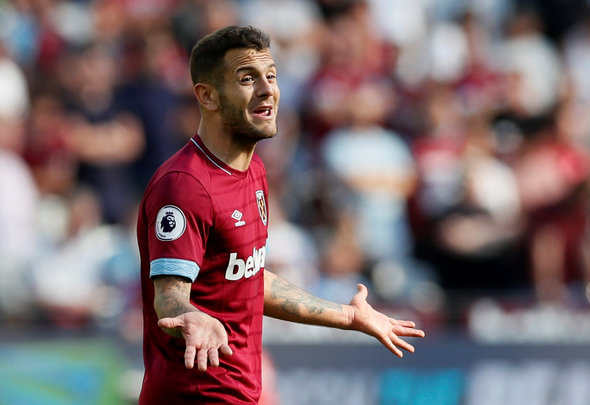 The Hammers’ midfielder was impressed with the attacking duo and insisted that the squad were ready to go again when they travel to Brighton on Saturday.

Wilshere admitted that he told both Fornals and Haller that they will not be involved in a tougher game this season.

“I thought Seb did well and Pablo did well when he came on. I said to them that they’ll probably not play in a game tougher than that in this league,” Wilshere told the club’s official website.

Haller was the club’s only summer signing to go straight into the starting line-up, with Fornals having to settle for a place on the bench despite impressing in pre-season.

Wilshere is most likely right with his verdict on the Man City defeat but was most likely just trying to distract the two new signings from the fact that the Hammers were very disappointing in their first taste of competitive action. Both Haller and Fornals would have known that Pep Guardiola’s side were one of the best in England before arriving, and surely expected more from what they saw on Saturday. Yes, City were their usual dominant self but West Ham shot themselves in the foot constantly with many poor decisions throughout and failed to give players such as Fornals and Haller a chance to stamp their authority on the game. It was only the first game of the season, and both will be given many more chances to prove their worth across the next 37 games, with their first opportunity against Brighton. Wilshere seemed to step up after the game, with the former Arsenal man having a wealth of experience to offer to the new signings, who will be more determined to improve on their opening day showing.