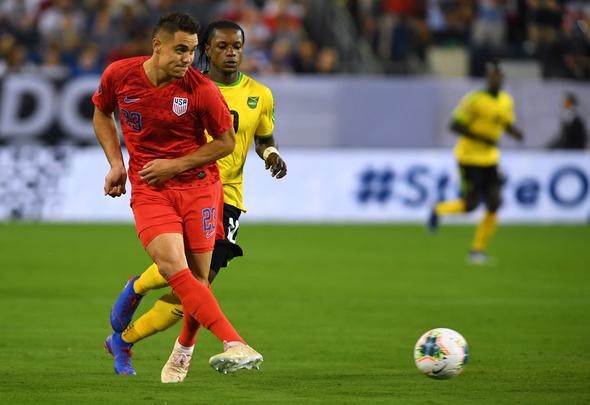 West Ham United have made a ‘total agreement’ with Major League Soccer side New York Red Bulls for centre back Aaron Long, according to journalist Nicolo Schira.

The Calcio Mercato reporter revealed the news on his personal Twitter account on Tuesday, claiming that a four-year contract through to 2023 has been agreed.

A £3.6million fee is said to have been agreed with the New York-based side for the United States of America international, and the Hammers are now working to secure a work permit for him. 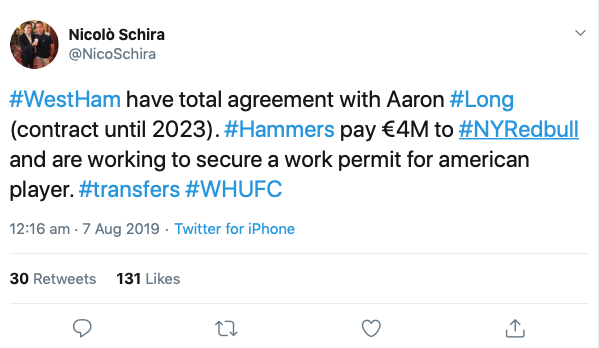 This just doesn’t seem likely at all, really, does it? West Ham confirmed the signing of young centre back Goncalo Cardoso on Tuesday night, so are they really going to follow that up with the signing of another central defender? You’d have to say that’s unlikely at this moment in time. However, there are a couple of things that make you think this could stretch to being a reality. The first is Cardoso’s age: 18. Clearly, unless he is some metronomic talent, he won’t have arrived ready to compete with Issa Diop and Fabian Balbuena for a first team spot at the London Stadium. The second is Schira’s reputation, which is impeccable. If you remember, earlier this summer it was he who originally broke the news about West Ham having secured an agreement to sign eventual club record signing Sebastien Haller. It’s difficult to doubt him, but this just doesn’t seem like a move the club needs.