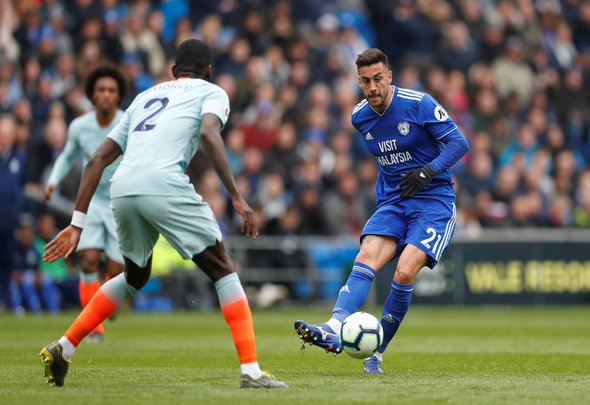 This summer has been a hugely positive one from a West Ham United perspective. The additions of Pablo Fornals and Sebastien Haller have taken the Hammers attack to another level.

However, in central midfield there is a slight vacuum at the moment. Pedro Obiang has departed for Italian side Sassuolo, leaving just Declan Rice, Mark Noble, an injury-prone Jack Wilshere and a past-his-best veteran in Carlos Sanchez as central midfielders in situ at the London Stadium.

However, that’s something the club have been looking to address in this transfer window. As per Spanish outlet Estadio Deportivo, Manuel Pellegrini’s side have registered their interest in Real Betis’s midfield enforcer Victor Camarasa, who spent last season on loan in the Premier League with Cardiff City.

The 25-year-old is said to have a release clause of £22million, so the price is there for West Ham if they truly want to bring the player to the London Stadium.

The money from Obiang’s sale has to go somewhere and that, combined with the wages that player exits have saved the club, should be enough to trigger Camarasa’s release clause.

The thing is, the Spaniard is exactly what the Irons need in the midfield engine room. He is a terrific all-rounder, which is what you need alongside a defensive-minded midfielder like Rice.

The assumption is that Pellegrini will go for a 4-2-3-1 formation next term, which would leave just one spot for a central midfielder alongside automatic starter Rice.

Camarasa has the potential to be that man. As per WhoScored.com, while playing for the Bluebirds last campaign he beat Rice, Noble and Sanchez in a number of statistical categories.

The Spaniard scored the joint most goals of the quartet with five, while leading the way in shots, key passes and dribbles per game. So clearly this is someone who can help provide the link between defence and attack.

That’s what the Hammers need alongside Rice, which is why they must continue their pursuit of the Betis standout. 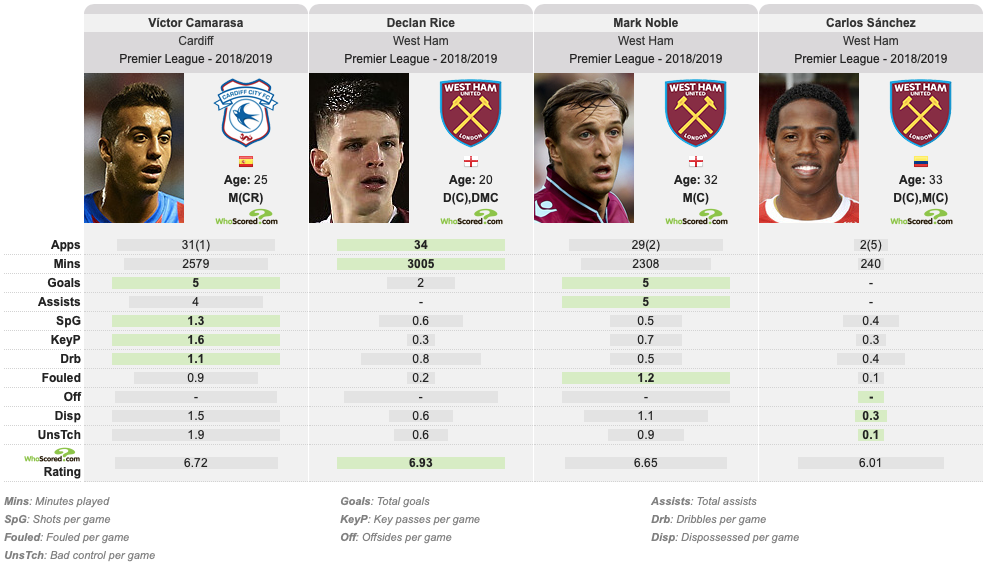