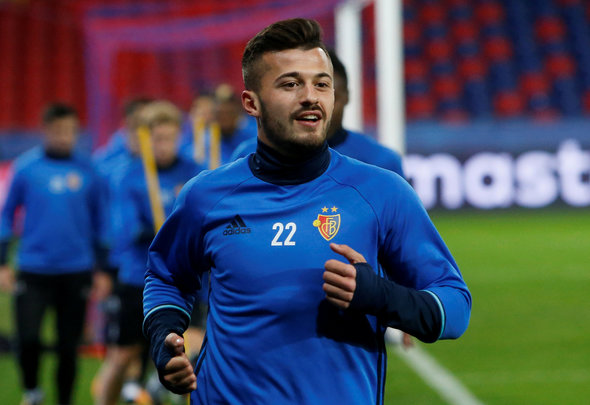 There’s no doubt that West Ham United are still a little light in attack, even with the club record signing of striker Sebastien Haller from Eintracht Frankfurt last month.

The Frenchman has improved things immeasurably at the London Stadium, but he and Javier Hernandez remain the only senior frontmen at the club – although versatile winger Michail Antonio can also operate in attack when required.

It’s no surprise, then, that the Hammers have begun hunting prolific Basel forward Albian Ajeti. On Tuesday, reliable club news source Claret & Hugh were informed by an insider that the team’s chances of signing the Switzerland international currently stand at 50/50.

Their report stated that, while Championship outfit West Bromwich Albion are also in the race for Ajeti, negotiations between West Ham and Basel are ongoing, but with the Irons having already bid substantially more than the £4.5million being reported in the media.

50/50 aren’t bad odds, really, and if you consider that the transfer tug of war is said to be between West Ham and a second tier team, you’d have to give Manuel Pellegrini’s side the edge.

However, with the transfer window shutting on Thursday and with the Hammers clearly facing competition for the player, the east London outfit must act fast or face missing out on the 22-year-old.

This is an attacker who would give Pellegrini something different alongside Haller. He is less of a physical presence than the giant Frenchman, but he brings a proven track record of scoring which could see him replace Hernandez at the club in the long run.

Ajeti scored 21 times and registered 11 assists in 43 games in all competitions for Basel last season, while bagging two of each in three games already this campaign [Source: Transfermarkt].

You can never just assume that those numbers are going to translate from Switzerland to the Premier League, but with Haller and Hernandez already in place the goalscoring burden wouldn’t be entirely on the Swiss star, meaning he can adapt at his own pace.

Clearly, though, this won’t be a straightforward deal to get done, and so West Ham need to put their foot down if they are to find success with this one.