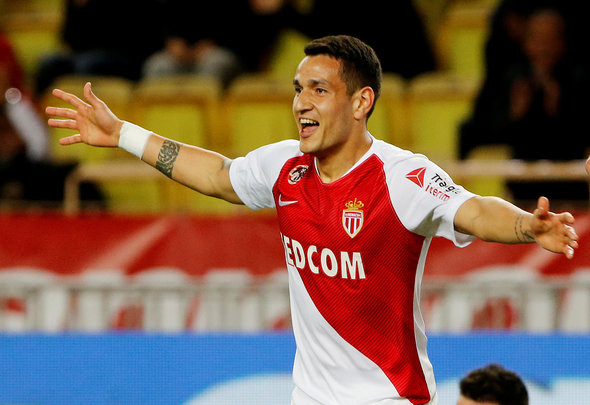 West Ham United are one of six teams interested in signing Monaco winger Rony Lopes this summer, according to L’Equipe via Meracto365.

The French outlet claims that the Hammers have zeroed in on the Premier League winner, but will face stiff competition from clubs across Europe.

Spanish giants Sevilla and Valencia are also thought to be in the hunt, as are Italian heavyweights Roma, while the Irons’ Premier League rivals Newcastle United and Everton hold an interest.

Lopes is expected to be shipped out of town to make room for Toffees winger Henry Onyekuru, who is set to join Monaco. The Portugal international is said to be valued at between £22-27million.

This makes no sense whatsoever, at least in this transfer window. West Ham are absolutely stacked in the attacking midfield positions; indeed, it’s probably their most competitive area of the pitch. Even if Manuel Pellegrini goes with a 4-2-3-1 formation, he’s still likely to have two quality options in each attacking midfield position. Already at the club are: Felipe Anderson, Pablo Fornals, Manuel Lanzini, Michail Antonio, Robert Snodgrass, Andriy Yarmolenko, Grady Diangana and youngster Nathan Holland. That’s more than one player per attacking midfield position, which speaks to the incredible depth the Irons have in this area of the pitch. Why, oh why, then, are they being linked with a winger-cum-playmaker like Lopes? Yes, he’s a talented player who has featured for some big clubs, including Manchester City where he won a Premier League title, but he’s simply not needed at the London Stadium at this moment in time.