West Ham in for Djene 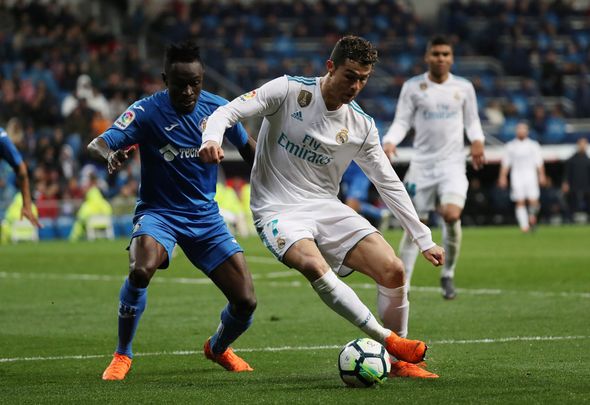 West Ham have joined the race to sign Getafe defender Djene Dakonam, according to the Express.

The newspaper claim on their website that the defender is desperate for a move to the Premier League and the Spanish club would accept an offer in the region of £18million plus add-ons despite his release clause being £31million.

The Express report that the Hammers are set to be joined by Watford and Leicester City in the race to secure the highly-rated Togo international.

West Ham have been said to have been tracking the 27-year-old for the majority of the summer, and it has been suggested they could hold the upper hand in negotiations.

There is no doubting the fact that this would be a phenomenal move for West Ham, but the reality is, is that Manuel Pellegrini would not be given the funds to sanction this piece of business. Especially now that Claret and Hugh have reported the fact that the Hammers now only have £5million available to spend in the final two weeks of the window – way below Djene’s valuation. The 27-year-old was solid in defence, helping Getafe concede only 35 goals in their 38 La Liga games. The Togo international averaged 2.2 interceptions and 1.6 tackles per game last season as well as an impressive 4.4 clearances [Source: WhoScored]. Djene only stands at 5′ 10″ and his physicality in the air is let down due to that, with him only averaging 2.6 successful aerial duels, something that could see him become unstuck in the Premier League. It is highly unlikely that West Ham will make a move due to their apparent financial situation, and that might not be the worst possible news to hit them, with stronger central defenders available at a similar price.