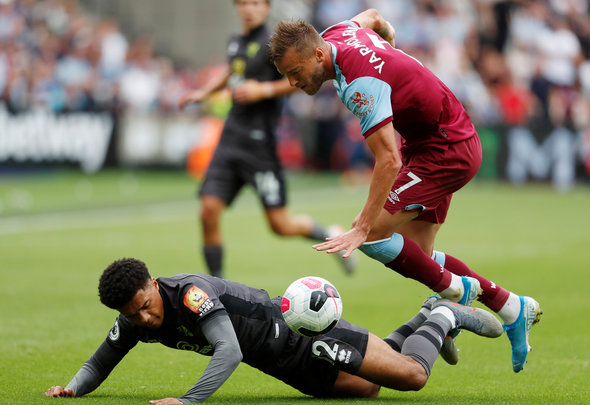 There seems to be plenty of concern amongst the West Ham United supporters in regards to Hammers winger Andriy Yarmolenko, who admittedly looked off the pace in his team’s 2-0 win over Norwich City on Saturday. The Ukraine international obviously missed a significant portion of last season – almost the entirety – with injury, and it still seems as if he is working his way back to full match sharpness. He didn’t quite look at it against Watford last time out, but was given another chance to start against the Canaries by manager Manuel Pellegrini. You imagine summer signing Pablo Fornals might have been a bit miffed by that decision after his goalscoring turn in mid-week against Newport County. The Spaniard will have been even more disappointed to be left out having watched Yarmolenko’s performance. The 29-year-old simply doesn’t seem to have his mojo back, and at the moment his propensity to go down under the slightest contact is becoming a bit of a liability. He did score the second goal, of course, showing what he can do, but his overall performance was certainly dispiriting. 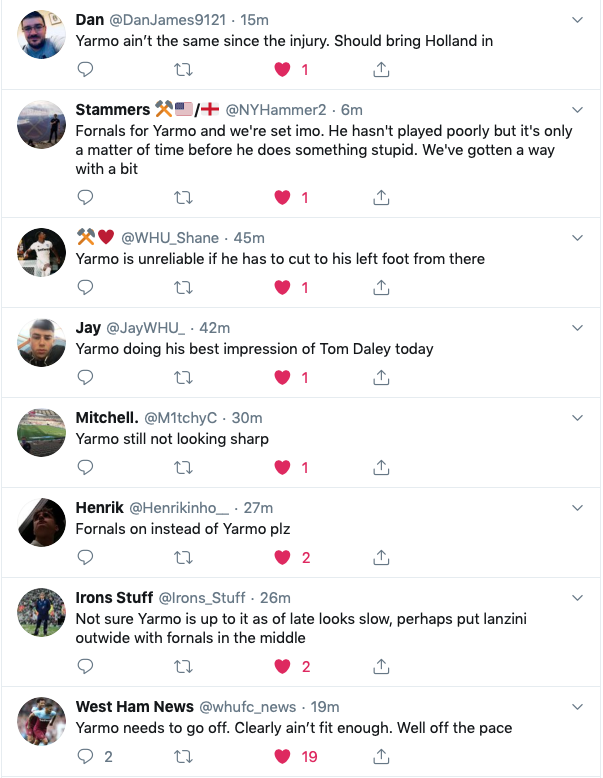